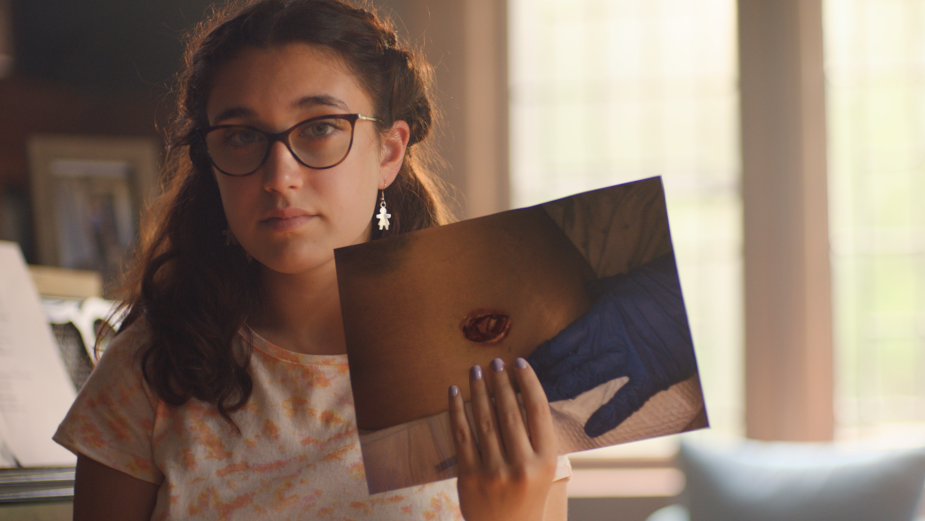 As students return to school after a year of the most gun violence on record, Sandy Hook Promise is launching its latest PSA to underscore that being a teenager is not the carefree life it once was portrayed to be. By subverting the famous ode to teenage innocence -- Katy Perry’s 'Teenage Dream' -- with a re-recording featuring real school shooting survivors reciting the lyrics, the emotive PSA illustrates how the teenage dream is stolen from those impacted by school shootings and underscores the critical importance of prevention.

School shootings should not be a part of growing up. The tragic impact of a school shooting affects the loved ones of those who were killed and survivors, like those in this PSA, carry mental and emotional wounds -- beyond the physical scars -- that never truly heal.

The state of youth mental health coming out of the pandemic and last year’s record levels of gun violence has educators, parents, students and organizations like Sandy Hook Promise deeply worried about the possibility of a 'powder keg' effect. The message to 'know the signs' to prevent violence is crucial for this year’s back-to-school season, as many kids report experiencing mental and emotional challenges including feelings of extreme stress, anxiety, isolation, and depression. SHP provides a downloadable 'Know the Signs' guide that highlights many of the warning signs of violence to look for and seek help. The guide is available at sandyhookpromise.org.

“While we debate mask mandates to protect our kids in schools, the epidemic of gun violence rages on with our kids in more danger than ever,” said Nicole Hockley, co-founder and managing director of Sandy Hook Promise and mother of Dylan who was killed in the Sandy Hook School shooting. “This year has been the deadliest for gun violence ever recorded. The combination of extreme mental and emotional challenges and greater access to guns increases the risk for school shootings and other acts of self-harm and violence. I encourage everyone to learn the warning signs and speak up to get help before it’s too late.”

SHP partnered with BBDO New York and SMUGGLER to produce this short film, as with its previous PSAs, including the Emmy Award-winning “Back-to-School Essentials,” the Emmy-nominated “Point of View,” and multiple award-winning “Evan.” To date, SHP’s PSAs have won a combined 22 prestigious Cannes Lion awards. Dini von Mueffling Communications (DVMC), which has also worked on the previous films, will publicise the campaign.

“All the stories we tell with Sandy Hook Promise are human stories - about the people on either side of the gun in a shooting. It’s how we connect with our audience in a relatable, emotional way,” said Peter Alsante, executive creative director for BBDO New York. “‘Teenage Dream’ tells the ultimate human story, about what real teenagers have lost as a result of gun violence.”

“We just don’t realise what a giant and ongoing problem school shootings are. For most of us it's just another shooting on TV but, for these kids and their families, the effects linger long after the shooting stops,” said Henry-Alex Rubin, Oscar-nominated and Emmy Award-winning director. “I’m hoping this film can honour those who have endured or survived this kind of violence.”

To date, more than 14 million people nationwide have participated in Sandy Hook Promise’s lifesaving Know the Signs programs that focus on gun violence prevention by training youth and adults how to identify at-risk behaviour and intervene to get help. Through these no-cost programs, Sandy Hook Promise has averted multiple school shooting plots, teen suicides, and countless other acts of violence.