He will be based in Mumbai reporting to Sunil Lulla, chairman and managing director of Grey Group India 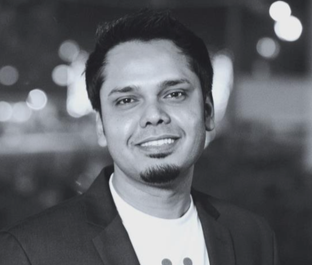 Bhattacharyya was previously creative director of the Grey Mumbai office.

In his last assignment, he was the Executive Creative Director at BBDO India and was one of the five members who set up the agency in India. During his tenure, he drove the creative energy of many prominent clients and brands including PepsiCo, General Electric, Aviva Life Insurance, Hewett- Packard, P&G Gillette and Wrigley.

Bhattacharyya’s high-impact brand work ranges over a wide spectrum from television campaigns to environmental design. As an award-winning creative, he has consistently won at Cannes Lions International Festival of Creativity, Spikes Asia, Adfest, Effies and AMES and at local award shows such as Goafest.

One of his most notable achievements was the campaign “Cow & Vet series” for Wrigley’s Orbit White, which was adjudged the best global campaign at the Wrigley Global Advertising Awards.

“Sandipan will be a fabulous asset to Grey Group India. His work has proven to be one of the best in the industry, and we are excited that he is joining us. It will definitely further strengthen the creative fire power on which we place so much emphasis at Grey,” said Nirvik Singh, chairman and CEO of Grey Group Asia Pacific.

Bhattacharyya said, “What’s interesting in today’s ad landscape is what I call freestyling. No rules, no limits, just format-defying, medium-bending work. Gun shops that spring a surprise moral dilemma, car companies promoting bodypaint and a ridiculously simple Super Bowl interception that makes everyone spending millions on a 30” spot, seem like an idiot – that’s freestyling. And guess what, it’s all happening at Grey. My chats with Tor and Per just made one thing amply clear – I’d be a fool to pass up this opportunity!”