San Francisco’s Second Tech Boom: What Does It Mean for the Locals and Its Ad Industry?

Rents are rising and there’s a brain drain but the creative revolution continues, as Addison Capper discovers 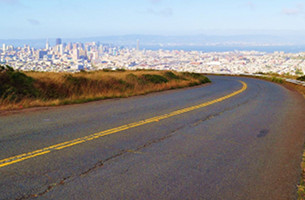 The great tech bubble of the late 1990s burst thanks to a nasty cocktail of greed, recklessness and outlandish valuations. As the rise of the Internet led companies in a chase to nail its potential, startups were floated on Wall Street at monstrous values despite having no fixed revenue stream and zero customers. Companies like Webvan, which was supposed to revolutionise the U.S. grocery-shopping sector with its online ordering and massive distribution centres – which cost the business hundreds of millions of dollars  – were given business values in the billions thanks largely to having a domain name, a fancy logo and a glitzy ad campaign. But too much money was flittered away, and in the early 2000s the dotcom crash happened.

But San Francisco has always been a city that takes risks, of peaks and of troughs – just think back to the Gold Rush. San Francisco’s very foundations were built upon the impulsive risks of 300,000 gold-seekers who travelled to the area in the late 1840s in search of lavishness and riches. In fact, after the initial gold boom had ended, the period was actually pretty glum and involved a lot of violence – peaks and troughs.

And it’s no secret that San Fran is flying high in one of its peak moments right now. Companies like Uber, Facebook, Airbnb, Twitter have brought on a more robust, more secure tech boom than its predecessor thanks to their obtainment of loyal customers that are actually spending money, rather than a fleeting hope that they will one day come.

So how is San Francisco’s current tech wave affecting the local ad industry? Do Silicon Valley and adland mingle like old friends? Or are things a little frostier? LBB’s Addison Capper caught up with professionals on the ground to find out.

“Our industry isn’t as attractive as it once was. We’re not as shiny an object as we once were.” Patrick Godfrey, Managing Partner, President, Godfrey Q

Ad agencies across the globe now find themselves battling with tech companies for talent – but no where is that more of an issue than in San Francisco. There’s so much money flushing the streets from the local tech industry that agencies in the area are finding it continuously harder to hire people – after all, the lone appeal of working directly for Apple, Facebook or Google is incredibly appealing.

It’s not just the appeal of a name that the ad industry is up against, though – it often finds itself out-perked and out-priced of salary offers when attracting fresh talent.

“There are a lot of companies out there willing to hire people straight out of college and pay them two to three times as much as an ad agency would,” comments Patrick Godfrey. “Do you want to work for an ad agency or Uber, who’ll pay you three times as much, give you free lunch and massages in the office? It’s hard for agencies to out-perk those companies. You have to reward people whichever way you can.”

For Cibo Co-founder and CEO Lu Lacourte, attracting top talent is the company's biggest challenge. He notes that while there is no lack of creative talent in town, many of them are either employed by startups or self-employed, "living the freelancer dream". And while the tech companies often have lavishness and cash perks to pip the ad industry to talent, Lacourte believes that advertising has much to offer in terms of its working culture. "It's about creating an environment where it's preferable to work because of the culture, the work and the camaraderie that comes from being one team, on a common mission, doing great work together year after year."

Godfrey, who has experienced both tech booms in San Francisco, agrees, pointing out that, despite their riches, working for a startup is no breeze. "I know a lot of people who work for those companies - and for all their shininess, they can become miserable, political cesspools. We should remind ourselves that what we do is fundamentally fun and rewarding in ways that their jobs are often not. That's something I tell myself every day.”

Lacourte also notes that, while Silicon Valley's tech prevalence has made it more difficult to attract talent, it has also made local creativity much more diverse. "There's a lot of noise about the white male tech contingent in Silicon Valley right now but actually the diversity of background, education, ethnicity and perspective is precisely what powers it," he muses. This is a culture that knows it needs divergent ideas to break through and succeed. So in addition to all these smart people and lots of cash flowing in, we're getting a collection of extremely smart and diverse thinkers in our community. That's more powerful than any amount of cash."

With big talent and big business come big bucks. And while San Francisco has often had affordability issues – both commercially and residentially – the situation is currently reaching an all-time high.

Residential real estate prices have tendencies to fluctuate drastically, therefore many landlords are less keen to tie themselves into long-term tenancy agreements, instead opting to offer places out on Airbnb. That offers them nimbleness in the market but leaves the city with a huge inventory shortage. What’s more, when purchasing a property it’s not unheard for something to list at $3 million dollars and sell for $4 million – paid in cash.

“It’s hard for people in the non-tech industries, especially the arts, to live here. The city has become full of people with a lot of disposable income and that has made everything more expensive,” comments kaboom productions Owner and EP, Lauren Schwartz. “Rents are skyrocketing, restaurants are at capacity and there is never any parking. That is a challenge, and it is changing the face of the city.”

Many San Franciscans note the divide that’s opening within the city between those that work in the tech industry and those that don’t. Christian Hughes, Principal, President of Cutwater, comments: “There’s a distinction and strain emerging – be it well run businesses who are competing for office space with spiralling costs per square foot or first-home buyers who are approved for a home loan but can’t compete with all-cash offers 30 per cent above asking.”

Some locals have begun protesting against the changes. “People have initiated leaflet campaigns to stop people from Google, Facebook, etc. from moving into certain neighbourhoods,” says Patrick of Godfrey Q. “People are getting pushed out and traditionally Hispanic areas are being gentrified like we’ve never seen before. Google, Facebook and all the other companies take their employees down to the campuses everyday on huge luxury buses. They become real symbols of the divide because onboard they get free Wi-Fi, fancy coffee and comfort while they travel for free to their $200,000 per year job. People are starting to block and vandalise those buses – some people are actually nervous getting off in certain neighbourhoods because they don’t want to be targeted as a symbol of the problem.”

The tech scene in San Francisco isn’t just driving the residential real estate market. Startups are gobbling up huge plots of office space, and in doing so are propelling commercial rental rates through the roof. In addition to that, office towers are appearing everywhere – so much so that someone we spoke to likened the current city landscape to that of Shanghai two years ago.

Kevin Gammon, Creative Director, Partner at Teak, mentions that the company's rent was until recently way below the current market rate – but they just renegotiated their lease as a 'hedge' (an investment to reduce the risk of adverse price movements) against the market, while Patrick Godfrey believes that for a business owner, signing a lease is "the most terrifying thing you can possibly do" due to its binding nature.

But as downtown rates skyrocket, many outer suburbs are experiencing a renaissance. Some agencies and many younger employees are heading out to Oakland – an area that many locals liken to New York’s Brooklyn. Cutwater’s Hughes actually notes that many of the under 35s in his office consider the neighbourhood a much better place to live, and such places are becoming more innovative, creative and artisanal.

“Silicon Valley works as hard and for as long as the folks on Wall Street,” believes MUH-TAY-ZIK | HOF-FER Co-founder and Head of Strategy Matt Hofherr.

Much of the money fuelling the San Fran tech boom comes by way of Wall Street – and the ‘wolves’ expect to see results. Marketing executives inside local startups are under constant pressure to deliver meaningful results with marketing – Hofherr notes that his agency had to recently calm the nerves of a client partner who wanted to see more lift in their business as a result of the marketing. “We had to remind them the campaign had only been in market for a day and a half!”

Jokes aside, though, he also believes that the pressures these companies – and their clients – are under now make an agency’s job much trickier. “Things are certainly tougher than they were five years ago. Five years ago people had more patience. Five years ago people thought business quarter to business quarter. Now it’s week to week. It’s changed the ways ideas are formed. New strategic inputs are required to lead to quicker ideation. New processes are required to track the constant flow of creativity.”

San Fran of the Future?

After the dotcom crash at the turn of the millennium and the bleak years it brought the city, many local folk are wary of that the Silicon bubble may burst a second time. Others argue that the current boom is more robust and that the city should be better prepared to deal with any downturns that spring up.

But deep down, despite issues with talent and rent and pressures and more, most San Franciscans consider their city to be experiencing its most exciting, fun and vibrant time ever right now.

“I’ve lived in a lot of the world’s best cities,” muses Patrick Godfrey. “And I’m still sure that this is an incredibly special place full of freaks and weirdos – everyone should at least experience it at some point. If you are setting up a tech startup, there is nowhere that comes close to Silicon Valley and San Francisco. No other cities have the kind of innovation that we have here. And yes it’s expensive but there is a reason for this. Everything comes at a cost.”