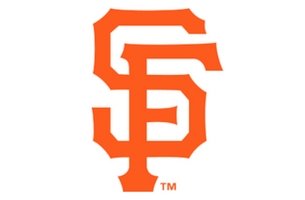 The San Francisco Giants today announced that it has named 215 McCann as its new advertising agency of record, following a competitive review.

“We met with several agencies, and we connected with 215 McCann immediately,” said Mario Alioto, Giants executive vice president of business operations. “We had a strong chemistry from the start and 215 McCann seemed to really understand our brand and our organisation goals.   The quality of their work — both strategy and creative — was equally impressive. Having worked together for a few months now, we are thrilled with our decision.”

The team has built a strong record of successful marketing and advertising campaigns.  The Giants tasked 215 McCann with creating a new campaign that celebrates the team’s 60th anniversary in San Francisco and engages and grows the Giants’ loyal and dedicated fan base.

215 McCann, which was founded in 2008 and has deep experience across entertainment and technology brands, will handle all creative responsibilities and will partner with sister agency Casanova//McCann for media planning and buying. Together, they will integrate advertising across digital, social and mobile platforms with more traditional TV, radio and out of home channels “We couldn’t be more excited to partner with the Giants,” said Kelly Johnson, president of 215 McCann.  “The team is deeply rooted in the San Francisco Bay Area – not just as a baseball team and three-time World Series champions, but also as a civic leader.”

“The Giants are widely regarded as pioneers and leaders in professional sports and throughout the community.  We look forward to celebrating this team that represents Bay Area values of innovation, diversity and inclusion,” added Scott Duchon, chief creative officer.