Samuel L. Jackson Wants You to #ShareTheOrange to Fight Against Alzheimer’s 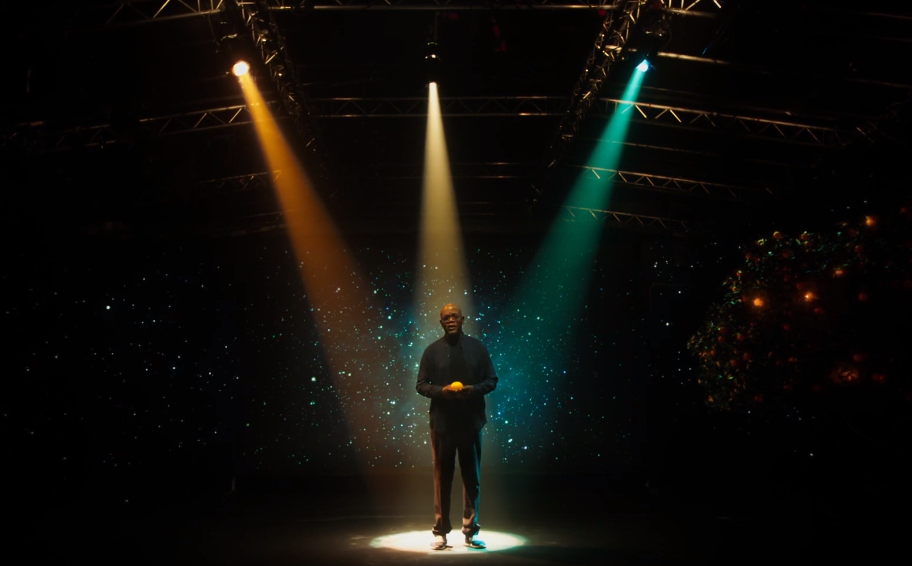 Alzheimer’s Research UK has joined forces with Samuel L. Jackson to battle the serious misconception that dementia is an inevitability of old age. The ‘#ShareTheOrange’ campaign highlights that dementia is caused by physical diseases, most commonly Alzheimer’s, using an orange to symbolise the weight of matter lost in the brain as the condition develops.

The film, which uses a blend of CGI animation and film will run across social media platforms from 16th September 2019 through to the end of the month. The story follows Samuel as he explains: “The damage to a brain with Alzheimer’s can leave it weighing 140g less than a healthy one. That’s about the weight of an orange…this shows us it is a physical disease…”

Samuel goes on to describe how: “dementia strikes at humanity’s most valuable resource, the cells of a human brain…it destroys these precious cells and the links between them.”

The #ShareTheOrange film ends with hope as Samuel  states: “…with research we know diseases can be slowed, they can be stopped.” He calls on the public to share the film to “change the conversation and help Alzheimer’s Research UK make these breakthroughs possible for dementia."

Samuel’s family has been impacted by Alzheimer’s more than most, having had six relatives diagnosed with the disease. He said: “I’ve been surrounded by Alzheimer’s most of my life. My grandfather was my best friend growing up, so it was heart breaking for me to see him not know who I was. The same happened with my mother soon after she was diagnosed. Her mother had it, her brother had it, her sister had it, and so did my aunty on my father’s side. It is so cruel having someone who has nurtured you and taken care of you reach a point where they can’t even recall your name.

“It’s been proven from other diseases throughout history that where there is research, there can be a cure. Where there is research, there is hope. By sharing the knowledge that diseases like Alzheimer’s are not simply part and parcel of old age, we have the power to push research forward and put an end to this devastation. We must act now to speed up research towards breakthroughs.”

The award-winning #ShareTheOrange campaign is in its third chapter for 2019; Breaking Bad star Bryan Cranston supported the 2018 campaign, and the campaign debuted in 2016 with backing from former Doctor Who star Christopher Eccleston. All three films have been produced by multi award-winning studio, Aardman.

Alzheimer’s Research UK has also teamed up exclusively with Channel 4 for a bespoke partnership that includes a series of #ShareTheOrange adverts fronted by Countdown presenter and Alzheimer’s Research UK ambassador Rachel Riley. Airing from Tuesday 17th September for three weeks, the adverts see the campaign’s iconic orange appear on the sets of some of the broadcaster’s best loved shows, including Countdown, Sunday Brunch and Hollyoaks.

10 second ‘teaser’ adverts, presented by Rachel, will inform viewers that Alzheimer’s Research UK, the show featured, and Channel 4 have “joined together to change the conversation around dementia” and that they can help, too, by going online and searching ‘share the orange’.

A 30 second advert will then launch on-air from September 22nd, during Sunday Brunch. This will be made up of the teaser ads stitched together, with the orange transitioning from one show to the next and again be introduced by Rachel who explains how “dementia affects millions yet remains misunderstood” before repeating the teasers’ message that Alzheimer’s Research UK and Channel 4 are sharing the orange to change the conversation around the condition.

Giant Owl Productions are responsible for the creative and the partnership was brokered by 4Sales and OMDUK.

Channel 4 will be supporting the campaign off-air on social media on World Alzheimer’s Day – Saturday, September 21.

Tim Parry, Director of Communications & Brand at Alzheimer’s Research UK, said: “We needed to make a statement with this campaign – dementia as an issue deserves nothing less. Dementia is both the most feared condition in the UK and the one people believe is our biggest medical challenge. But it’s also one that is misunderstood and considered inevitable.

“First and foremost, our campaign aims to challenge this perception. Research can make breatkthroughs in dementia, and we have to hit this home. But entrenched misunderstanding has existed for generations, so we have to take a bold and creative approach to overturn it, and this is exactly what we’ve done with #ShareTheOrange.  ”

Magda Osinska, director at Aardman comments: “We wanted the latest #ShareTheOrange concept to feel even bigger and more ambitious than its previous films. The metaphor of the brain and the orange is elevated by depicting the brain as a tree - its branches and fruit representing neurons, nerves and memories.

“Moments from the life of our main character are projected onto individual oranges, which illustrate the faculties of the brain fo r creativity, curiosity and capacity to learn. We then zoom out to show how all the cells work together to unlock our potential and ability to achieve amazing things. It’s about the potential of the brain.

“Having Samuel L Jackson on board was incredible as it elevated the film to new heights. His involvement will encourage greater reach of this extremely important message.”

Chris Braithwaite, agency and client sales leader, Channel 4 comments: “This campaign demonstrates perfectly how we can leverage our hugely popular programme brands and talent across parternships such as this one to deliver an important message to our viewers. We’ve really enjoyed working with Alzheimer’s Research UK, OMDUK and Giant Owl and are delighted to be the exclusive broadcast partner for #ShareTheOrange.”