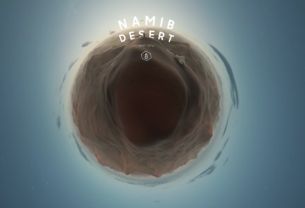 Samsung launched its VR and 360 video platform DISCOVR with a VR film that takes viewers on an excursion through various destinations around the world. Produced by Cheil Germany, MediaMonks and TheBoardRoom, DISCOVR the World demonstrates the potential of VR by showing the destinations from unique perspectives.

From the noodle basket of a busy South Korean food market to an epic glide over an Icelandic glacier, the film consists of short and visually-stunning scenes that place viewers right in the centre of the action. The scenes are tied together by creative transitions that let the film play out in one seamless take.

Cheil Germany took creative lead of the project and worked with MediaMonks to fully define the entire experience. As Rogier Schalken, Head Creative and Director of MediaMonks Films, explains: “We were able to work towards a film that’s truly out of the ordinary, especially when it comes to VR. We used angles exclusive to VR to create perspectives that are physically impossible for anyone to experience themselves.”

To capture the film’s more unconventional scenes, MediaMonks printed bespoke 3D camera rigs. VFX and post production polished the scenes which were then treated to spatial sound design and a dynamic soundscape — all within a 5-week production period.

DISCOVR the World launched at the IFA exhibition in Berlin. Visitors could experience the film in an installation with haptic 4D elements that brought the film’s visual elements to life. The booth emitted scents, vapour, temperatures and simulated wind to give each scene an added layer of realism.