Samsung's ‘Life in Every Pixel’ 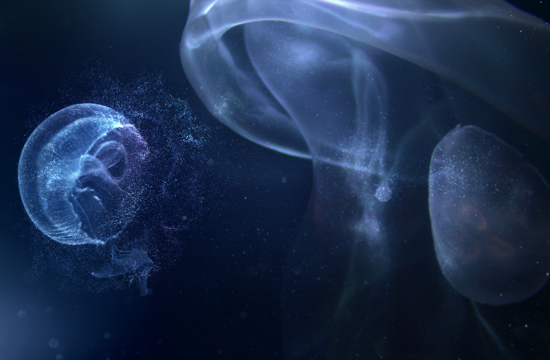 Based around the concept of Life in Every Pixel, the campaign, created by Cheil UK, reflects the outstanding picture quality and immersive viewing experience. The advertisement, directed by Bruno Aveillan and written/art-directed by Simon Friedberg of Cheil UK, was shot on location in Ecuador and will be running nationally across UK cinemas from today until late November 2013.

The captivating creative approach demonstrates how the pixels on the 65" inch screen are born out of organic material, with every single pixel growing into simple life forms and then evolving into more complex creatures, eventually turning into a world teeming with colour and life.

Guy Kinnell, head of TV and AV, Samsung UK and Ireland, said: “The Samsung Curved OLED TV represents a groundbreaking step in picture technology and this creative shows how every image on the screen, and everything alive around us, is made up of tiny, organic pieces that join together to build something wonderful. The Samsung OLED experience will entice the senses - it's like bringing home an IMAX theatre that you can enjoy every day.”

Logan Wilmont, executive creative director at Cheil UK, commented: “Samsung is known for the calibre and innovation of its TV range and the OLED TV is the latest in that long and prestigious line. OLED isn't simply another TV, it is a high end luxury purchase, and we approached it in that Way. So the ad isn’t about features and technology, but the emotional response that technology creates. It focuses on the fact that this breakthrough design and technology creates even more natural images that gets you closer, that you’re more enveloped by every image.”