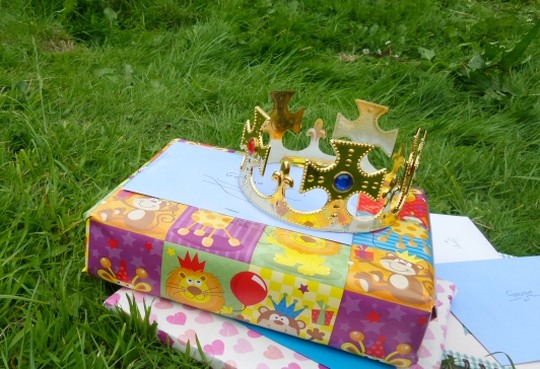 Cheil UK has created a tongue-in-cheek outdoor campaign for Samsung to coincide with the first birthday of Prince George. The activity, which will be advertised across the big screen in Piccadilly Circus on Tuesday, features images of baby George’s birthday party.

However, this isn’t Prince George’s birthday party, it’s actually that of George Jagger – part of a family from Matlock in Derbyshire, who are taking part in a new digital campaign from Samsung called ‘100 Days of Family,’ which celebrates the diversity of modern British family life.

As part of the campaign, Rachel Jagger has captured her son George’s first birthday, which falls on the same day as the royal Prince himself the 22nd July. These images will be used and displayed on the big screen in Piccadilly alongside text which encourages passers-by to visit the ‘100 Days Of Family’ website to view the pictures of baby George’s birthday party. 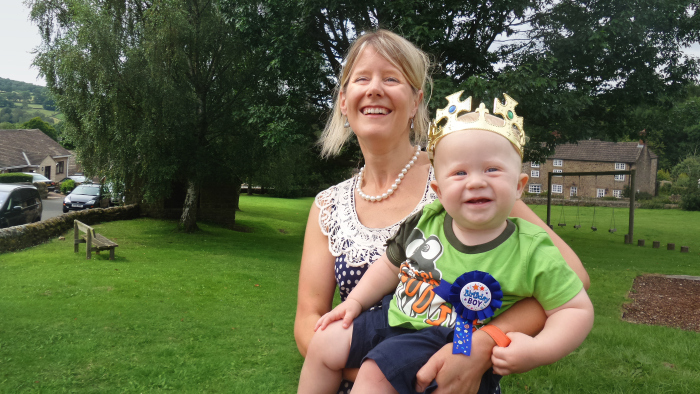 The Jaggers, who were born and bred in Matlock, and run a local fish and chip shop in a grade II listed Victorian Toll House (visited by Prince William himself), are one of 50 families from across the country, who are telling their stories throughout the summer through the lens of Samsung’s latest smartphone the Galaxy K zoom, which comes with a professional grade camera.

Ines van Gennip, Marketing Director, IT & Mobile Division, Samsung UK & Ireland said: “Our strategy with this campaign is to highlight the unique camera capabilities of our latest smartphone, the Galaxy K zoom. We know from our research that especially families are looking to combine the practicalities of a smartphone with the benefits of a very advanced camera that capture those special moments of their lives that they can share together. 100 Days of Family is all about bringing that to life in an interactive way that is relevant to that audience with the Galaxy K zoom.”

Matt Pye, COO at Cheil UK said: “100 Days is all about celebrating families of any size and any make-up, and the memorable moments they have together. Prince George’s birthday presented us with the perfect opportunity to seize the moment, and have a bit of fun with the public – reaching out and encouraging them to find out more about Samsung and this project, as they tell the story of the everyday families and not just those of royalty.” 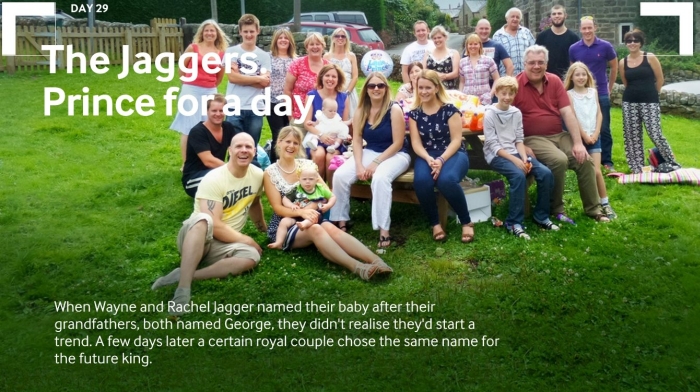 Samsung’s Speak Pictures hub is documenting interesting - and in some cases life changing events that happen in the lives of 50 different families throughout the summer. Told over 100 days, the stories will be captured through a series of images and films taken on Samsung’s latest smartphone the Galaxy K zoom, after trading in their usual smartphones and cameras. Featured families aren’t just parents with young children – the campaign is also capturing families in the wider sense – aunts, uncles, grandparents, cousins, pets and the like. The Speak Pictures hub is refreshed every week over the 100 days with content from new families.

With 40 families already recruited, Samsung is launching an online search for the final ten from today, giving photo sharing families across the UK the chance to apply online to have their memorable moments this summer captured for ‘100 Days of Family’. Interested families can apply via Instagram using #100DaysofFamily or the Samsung Speak Pictures hub between now and 18th July.