Samsung Shows Off New Tablet with Epic Feat of Falconry 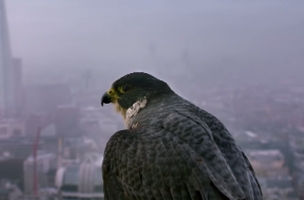 Earlier this year Samsung launched its new flagship tablet, the Galaxy Tab S. It’s able to present more colours than the competition, making it Samsung’s brightest and most lifelike display.

Not expecting people to just take their word for it, in October this year Samsung commissioned a study to garner feedback on the quality of the Tab S features. Of the 151 participants, 72% said the Tab S had a better screen display than the competition, and 95% said it had brighter colours.

Following the brilliant product reviews, Samsung tasked iris with creating a bespoke piece of content that would entertain consumers and drive product consideration.

iris’ response was a 60 sec film shot on location in London with stunning views of the city. The film showcased the tablet’s unique qualities, based on the insight that Falcons have eyesight that is eight times better than humans.

Russell Taylor, Vice President, Corporate Marketing at Samsung Electronics UK & Ireland, said: “A key feature of the Galaxy Tab S is its ability to deliver rich, crisp colours and incredibly sharp images. We wanted an idea that would help us showcase this beautiful screen.”

Chris Baylis, Executive Creative Director at iris added:“In my opinion, the Samsung Galaxy Tab S has the best screen quality of any tablet on the market. Our challenge was to literally bring this story to life, which we hope we have achieved."

The campaign will be seeded through various media partnerships and Samsung's owned social channels throughout December.