Samsung on 'The School the Tsunami Built' 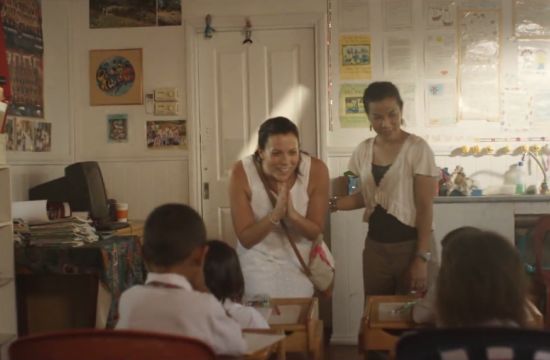 Meet Trisha Silvers, whose inspiring and touching story of endurance, perseverance and goodwill has kickstarted the Broadbridge Foundation and Broadbridge Education Centre, a school she built after the in honour of her late husband, Mebourne AFL player Troy Broadbridge, who died in the tsunami that ravaged Thailand’s Phi Phi Island in 2004.

Trisha is the latest hero to star in Companion Stories, a series of series of short films created by Samsung that highlight individuals who go to great lengths to be fantastic companions from Samsung.

Troy and Trisha were married on 18 December 2004. On 26 December, while spending honeymooning in Phi Phi, Troy was swept out to sea by the tsunami. Though wracked by grief, Trisha returned to Thailand just two months later, resolved to do something to help the local residents, to honour the memory of Troy and to begin the healing process.

In the aftermath, she established the charitable Reach Broadbridge Fund and, with the help of Troy’s Melbourne Football Club teammates, built the Broadbridge Education Centre on Phi Phi.