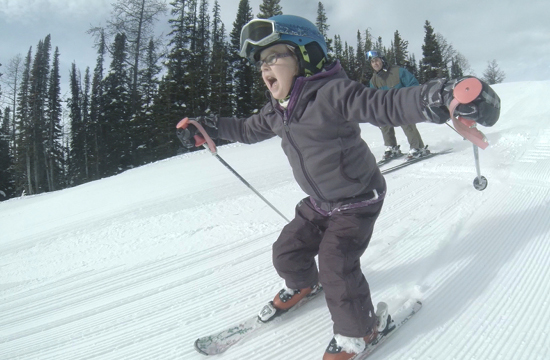 Today Samsung Electronics Co. Ltd., the Worldwide Olympic and Paralympic Partner in the Wireless Communications Equipment category, unveiled its Sochi 2014 Paralympic Winter Games campaign. The program celebrates the achievements of Paralympic athletes and offers fans around the world a chance to see the Games through the athletes’ eyes.

Starting today, fans can watch videos created by the athletes themselves using Samsung Galaxy Note 3 smartphones as part of its “Sochi 2014 Samsung Paralympic Bloggers” partnership with the International Paralympic Committee (IPC). Fans in Sochi can also experience a day in the life of someone who is visually-impaired in a new demo called “Dialogue in the Dark”, and also experience Paralympic sport through an interactive ice sledge hockey zone located in the Samsung Galaxy Studio Olympic Park.

Fan engagement will also build through Samsung’s mobile and social programs during the Games, including interactions on its Sochi 2014 WOW mobile app and a new video releasing today on social channels worldwide as part of Samsung’s “What’s Your Problem? Sport Doesn’t Care” campaign, featuring a young potential Paralympian who sends a message of inspiration.

“Through our partnership with the IPC and access to inspirational athletes, Samsung is in a unique position to provide an opportunity for people worldwide to see and experience the Sochi 2014 Paralympic Winter Games in a new way, directly from the perspective of the athletes,” said Younghee Lee, Executive Vice President of Global Marketing, IT & Mobile Division at Samsung Electronics. “Through on-the-ground activations in Sochi and our mobile technologies and social campaigns, Samsung aims to spread the Paralympic Movement worldwide.”

“Our partnership with Samsung has made great progress throughout the past several years and is playing an essential role to further develop the Paralympic Movement and share the inspirational stories of Paralympians around the world,” said Sir Philip Craven, President of the IPC. “The unprecedented access that the ‘Sochi 2014 Samsung Paralympic Blogger’ program is providing is something that the IPC is very excited about, and that sentiment will be amplified by the 30 athletes telling their individual stories to the world in the coming weeks.”