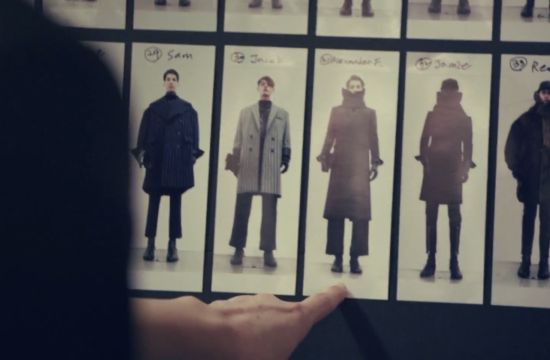 Jam3 got their strut on at Paris Fashion week for a stylish project for Samsung. The project that positions Samsung's Galaxy Note and Galaxy Gear as the must-have accessory for tech-savvy fashionistas, follows the journey from sketch book to runway show with up-and-coming up-and-coming Korean fashion designer Juun.J, who just happens to be sponsored by Samsung.

The Jam3 team were on hand to shoot the debut of Juun.J's F/W 2014 Zoot Suit Collection that made its premiere at Men's Fashion Week in Paris, including the reveal of an exclusive GALAXY Note 10.1 (2014 Ed.) accessory. Also, the GALAXY NotePRO made a debut on the runway.

"Always creating, designing and thinking," is a philosophy that defines menswear designer Juun.J's approach to life and his passion, innovative fashion design. His modern, precise approach to menswear is clear in the designs showcased on the runway this year, and bridges the gap between fashion and technology seamlessly.