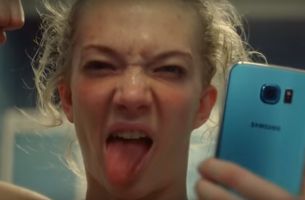 The film highlights the pressure and doubt that young athletes face as teenagers, which the partnership aims to help them overcome. Young athletes are shown facing the challenges, extreme pressure and even injuries that come with their lifestyle. The film goes on to show how support received from friends and fans can empower these young people achieve their dreams.

Samsung's explanation for the film reads:  "All athletes, especially teen athletes, face a debilitating amount of doubt and pressure. To help fight these ever-present constraints of teenage life and empower teens to commit to sport, Samsung has partnered with the Lillehammer 2016 Youth Olympics Games. Together we fight these said pressures and celebrate young athletes everywhere. We may all face pressures, uncertainties and doubt. But in the end, we also all believe the same thing: #TheOnlyWayToKnow is to try."