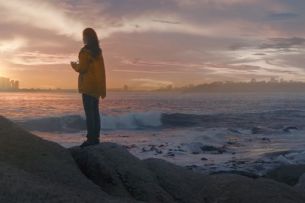 With less than one month to go until the Opening Ceremony of the Rio 2016 Olympic Games, Samsung Electronics Co., Ltd., Worldwide Olympic Partner in the Wireless Communications Equipment, today debuted its marquee Olympic Games advertisement, titled “The Anthem.” As a continuation of Samsung’s global Olympic Games campaign, the TV and digital spot strives to break down barriers of geographic borders and to unite the world by combining segments of national anthems from several countries to form one anthem brought to life by athletes and fans across the globe.

“The Anthem” opens with a young girl from Australia singing a line of the Botswana national anthem into a Samsung Galaxy S7edge. Throughout the ad, the Samsung Galaxy smartphone travels to all corners of the world, capturing and sharing the voices of fans and athletes around the globe as they sing lines from other national anthems. Each line follows seamlessly to form a brand new anthem, giving viewers a glimpse of how Samsung innovative mobile products and technologies can help to break down geographic barriers and unite the world through deep, borderless connections.

“‘The Anthem’ is a reflection of the Samsung brand and our continuous pursuit to break down geographic barriers and unite the world through technology and borderless communication,” said Younghee Lee, Executive Vice President of Global Marketing, Mobile Communications Business at Samsung Electronics. “By singing one anthem, fans and athletes across the globe can feel a shared sense of pride and unity and together celebrate collective progress, which is integral to the spirit of the Olympic Games.”

Six global athletes are featured within the ad, each of whom has a unique story of defying barriers and pushing through constraints to make meaningful progress and achieve his or her goals. The athletes include:

These athletes will also be featured in a variety of digital and social content, leading up to and throughout Rio 2016 which will tell their stories of defying barriers and overcoming obstacles, helping fans across the globe connect with what it means to “Do What You Can’t.”

“The Anthem” is a continuation of Samsung’s Rio 2016 Olympic Games global campaign centred on athletes who persevere and never giving up for the sake of making meaningful progress. Earlier this year, Samsung began the campaign with the short documentary film, “A Fighting Chance” to showcase the inspiring story of four Olympic hopefuls from diverse countries who are fighting constraints and pushing the limits to help their countries make history. Samsung followed with “The Chant,” which celebrates personal progress made by athletes and fans through devices like the Galaxy S7 edge and Gear IconX that help them to defy distance and stay connected. 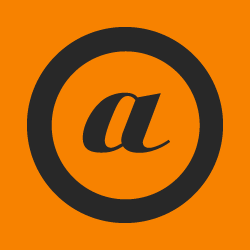