Samsung at the Paralympics: What's Your Problem? Sport Doesn't Care

72andSunny Amsterdam hits the slopes with Smuggler for gritty film 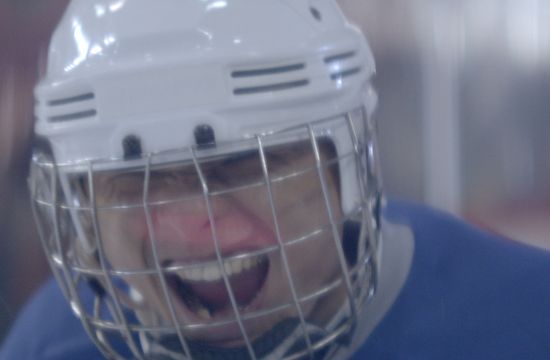 This new, gritty campaign, created by 72andSunny Amsterdam, calls attention to the fact that we all have problems, but sport makes no distinctions. In the eyes of sport there is no ability or disability, all that matters is the energy and determination of athletes and that they give all to achieve their goals.

“Conversations around the Paralympic Games tend to focus on disability over athleticism,” explains Younghee Lee, Executive Vice President of Global Marketing, IT & Mobile Division at Samsung Electronics. “As a brand with a passion for sport, Samsung aims to make the dialogue more empowering, focusing on the courage and performance of athletes and encouraging participation. We believe this campaign will inspire more people to become engaged and involved in the Paralympic Games.”

Following a kick-off Manifesto film posted on February 20, today’s 90-second “What’s your problem? Sport Doesn’t Care” film captures intimate moments in the lives of five Samsung Galaxy Team Paralympic Games athletes along with an appearance by U.S. Paralympian Evan Strong. Documenting everything from the 5am wakeup calls and grueling workouts, to harsh weather and fear of failure, the piece depicts the myriad of trials faced by any top athlete.

Athletes featured in the films include:

"I'm so excited to be involved with 'Sport Doesn't Care’, and I think that Samsung's commitment to the Paralympic movement is incredibly important. It calls much-needed attention to the fact that we as Paralympians are really not different from our Olympic Games counterparts -- we work just as hard and want to win just as much,” said Gallagher, a Paralympic Games alpine skier from Australia, and the country’s first woman to win a medal at the Paralympic Games. “I ski the same as any Olympian, I just use adaptive equipment to help negate my vision loss. Whether you're a top athlete or a young child just starting out, sport doesn't discriminate," she added.

A third film set for release on March 7 explores the message from the perspective of Keira, a young athlete, aiming to inspire people of any age and ability to get involved with sport.