Samsung and BBH London Invite You to Take a Stratospheric Selfie 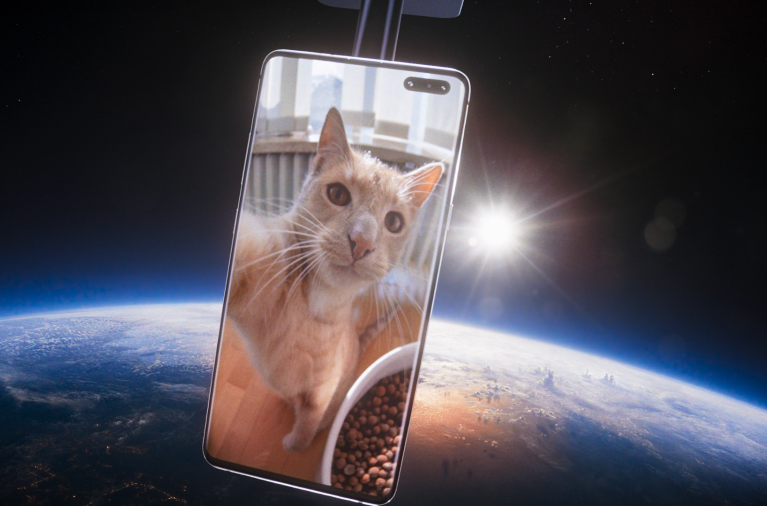 Samsung is no stranger to bold marketing campaigns and is today setting the bar higher than ever before, launching a phone to the edge of the world’s atmosphere and inviting people to take a selfie with the ultimate backdrop: Planet Earth. Samsung #SpaceSelfie is the first brand campaign launched in Europe under new Europe CMO Benjamin Braun and celebrates Samsung’s pioneering spirit and relentless commitment to making the impossible, possible.

SpaceSelfie is the most ambitious piece of marketing that Samsung has ever undertaken, combining its expertise in bold communications and experience-led innovation to capture consumers’ hearts and minds in one massive, out-of-this-world campaign.

Benjamin Braun, chief marketing officer at Samsung Europe, said: “Amazing things happen on Samsung screens and #SpaceSelfie is the perfect campaign to prove it. We are giving people the chance to have their face in space.”

The logistics behind the campaign are impressive. A super-pressure High Altitude Balloon half the size of a basketball court, containing a specially designed ‘rig’, is taking a Samsung Galaxy S10 5G up to 64,900 ft. into the stratosphere, where it will receive selfies transmitted from earth and layer them over real-time shots of the planet. The result is a bespoke and limited-edition SpaceSelfie of which even the most discerning Instagram fans will be proud.

Getting the technology up and running at those lofty heights is no small feat, but putting a phone in to the stratosphere is not the only innovative part of the campaign. SpaceSelfie uses no ‘above the line’ communications and instead aims to drive fame with a modern earned and influencer-led strategy. SpaceSelfie has been launched today by big name influencers from across Europe, including model, actress and philanthropist, Cara Delevingne. As depicted on their social feeds, the influencers have received a special space-inspired briefcase containing their very own Samsung Galaxy S10and one simple invitation from Mission Control: to join Samsung on its stratospheric campaign and become the first people to get their face in space.

Having captured their own space-worthy picture, these influencers will be posting teaser clips and original content this week, calling fans across Europe to head over to the dedicated Mission Control platform and register for their own SpaceSelfie. All of the images are being transmitted up to the Samsung rig in the stratosphere and an exclusive kick-off party at the new Samsung KX experience space in London’s Coal Drops Yard next week will celebrate the very first SpaceSelfies arriving on mobile phones down on earth.

This is a campaign rooted in fun, original, creative and personal content and Samsung has partnered with a number of leading agencies to deliver maximum impact. BBH has been working closely with the Samsung team to lead strategy, creative development and execution, alongside production partners UNIT9 and FlightLine Films. FleishmanHillard Fishburn has driven earned media and influencer activation, Publicis Sport & Entertainment lead on talent negotiations with Starcom supporting the campaign through paid media amplification.

Will Lion, managing partner, strategy at BBH London, said: “Phone advertising has become quite samey, all gleaming devices at beautiful angles with trendy photos. We wanted a break in series; something that would demonstrate how amazing Samsung’s phones are by helping people take the most epic photo of their life - from space - and maybe just break the internet and power up sales ahead of Christmas.”

Benjamin Braun concludes: “SpaceSelfie has been an ‘out of this world’ project that will culminate in a Samsung 5G phone hovering at the edge of the world’s atmosphere. We wanted to bring consumers on our journey beyond the norm – to make them a part of our innovation story in a really fun and light-hearted way. We have brought the world a series of technological firsts in our products, and in #SpaceSelfie we’re bringing that pioneering spirit across in our marketing.”

Anyone can submit their selfie via Mission Control, which is now up and running. To get your face in space, click here and upload your photo.