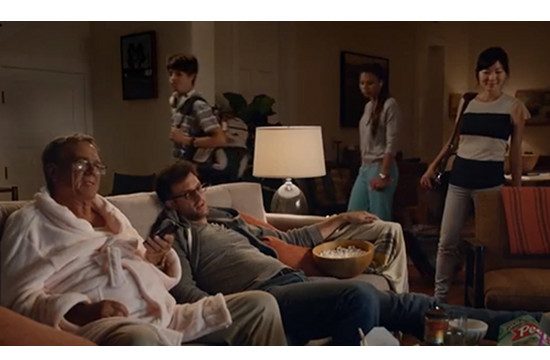 As you may know, the way people are watching television is changing. 51% of Americans watch timeshifted-TV and 85% of smartphone owners in the U.S. use their device while watching (Nielsen, 2012). To address this behavioral shift, Samsung introduced the groundbreaking line of Smart TV products in April of 2013. With modern features such as the Smart Hub, S-Recommendation, Streaming Content, Ecosystem, Video Chat and downloadable Apps, this new platform revolutionizes the way people interact with their TV’s. As the category pioneers, Samsung has captured 29.4% of the US market.

Samsung Electronics America, in collaboration with 72andSunny Los Angeles, created “TV Family”, an episodic campaign that reinforces Samsung’s product innovation story proclaiming that TV has never been better. To capture the attention of this new, diverse audience, the campaign follows a family as they discover the cutting-edge technology on their Smart TV.