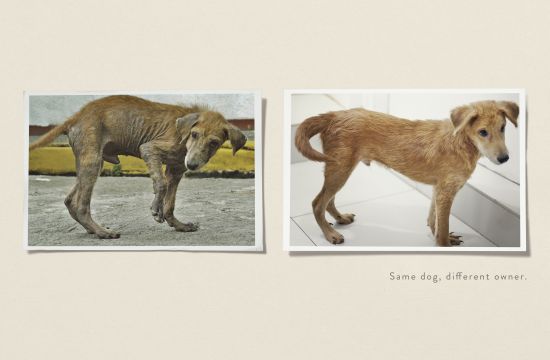 In the Philippines, there is no government agency dedicated to the welfare of homeless animals, and the overwhelming task of caring for them falls solely on non-profit organizations like CARA PHIL. 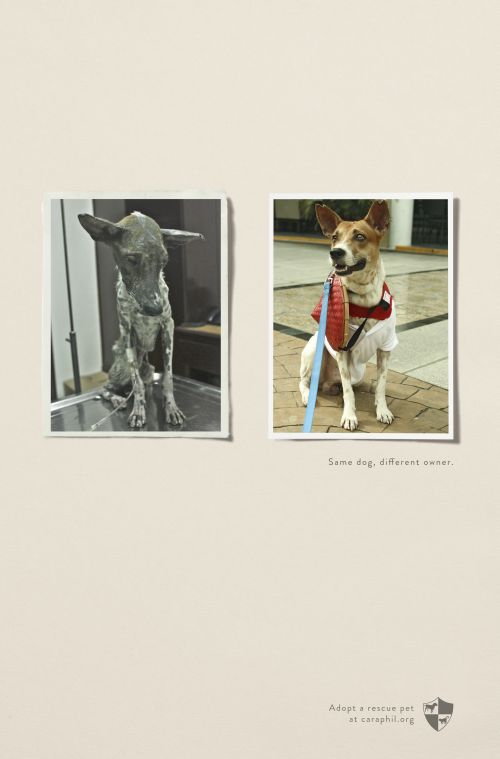 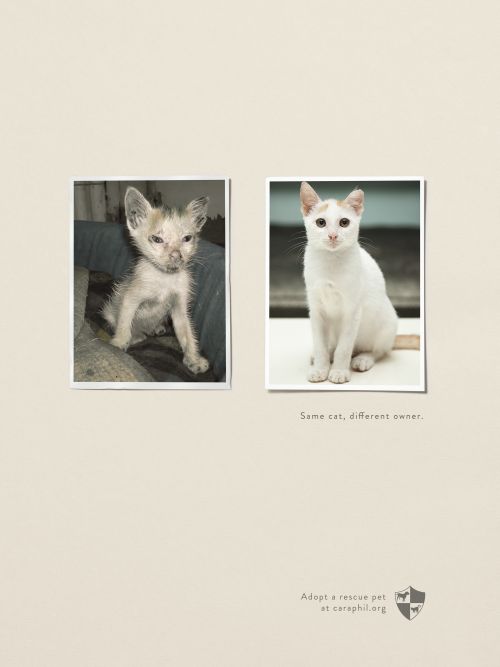 The new campaign features photos of real rescued pets that have been successfully re-homed. Firstly, these simple success stories recognize the efforts of the people who have given these neglected animals better lives, and secondly, aim to inspire others to do the same. 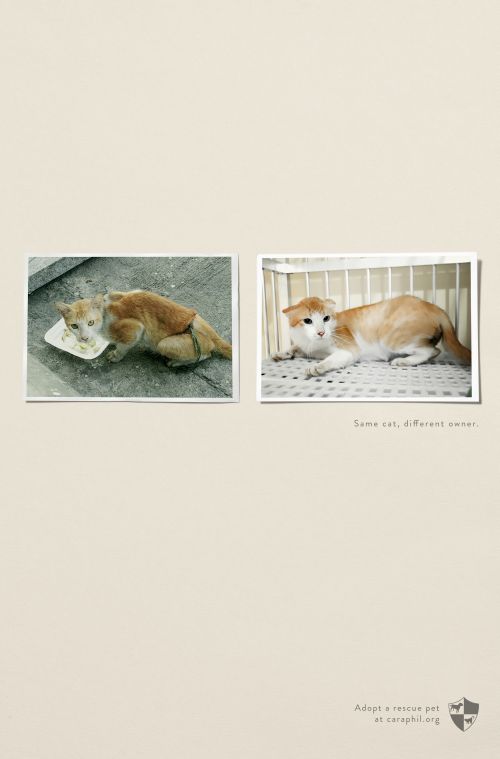 A print campaign was launched in major daily newspapers. Posters were also distributed among veterinary clinics and pet stores. The digital posters went viral, shared by concerned animal lovers through their social networks. 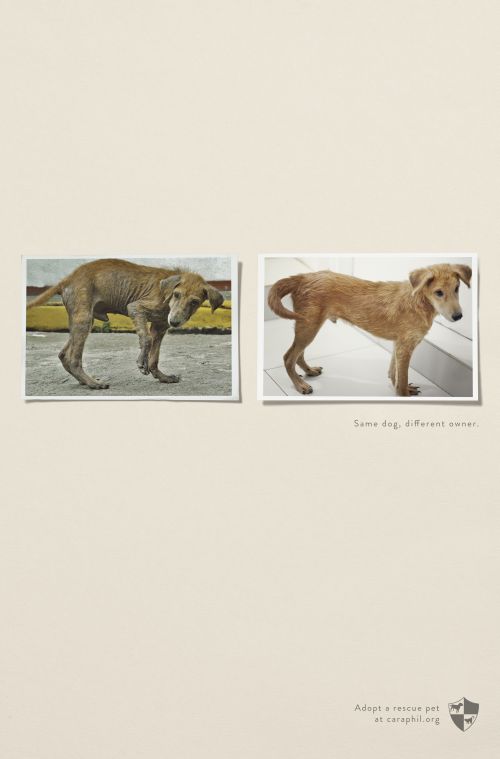