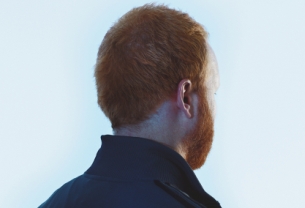 While most of us like to think we’re good listeners, we keep quiet about our own problems, statistics released by Samaritans show.  Nearly two-thirds (64%) of people in the UK believe they’re good listeners, but less than a quarter (23%) feel they can talk when something’s on their mind.

Funded by Network Rail on behalf of the rail industry, the message is that when you are struggling to cope it is often hard to talk about your problems and easier to hide your feelings. But when someone listens, like Samaritans trained volunteers, you’re more likely to open up and start working through your problems. The campaign is the start of a repositioning of Samaritans as the expert listeners, led by MullenLowe London. The aim of the campaign is to encourage people to contact Samaritans before they feel suicidal, as soon as they start to think that they are struggling to cope. 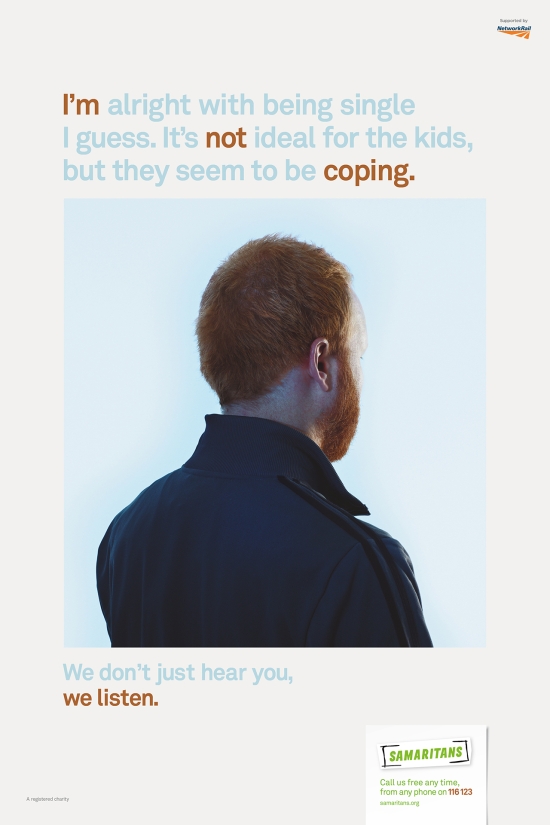 Samaritans CEO Ruth Sutherland says:  “Life’s pressures can build, without you even realising.  It’s all too easy to turn away, ignore how you’re feeling, and put on a brave face.  But you don’t have to do that with Samaritans. Samaritans volunteers make time for you and really listen to you, because simply being listened to can help you put into words what’s really going on in your life and help you find a way through.”

MullenLowe London and Samaritans have launched the ‘We Listen’ campaign in railway stations across England, Scotland and Wales.  The stunning OOH campaign features a series of unique and anonymous portraits of people facing away from camera, shot by world famous portrait photographer Nadav Kander. (The New Yorker Magazine, Rolling Stone, Time Magazine, the Telegraph and Guardian Magazine.)

Each execution contains hidden messages where people claiming to be fine reveal that they’re not OK at all.  One says ‘Please don’t worry about it, you guys help people with worse problems that me’, revealing the story ‘Please help me’. The message from Samaritans is, ‘We don’t just hear you, we listen’, reassuring callers that dedicated listeners are there to support them with whatever they are going through. .

Richard Denney, ECD MullenLowe London explains: “this is an incredibly important campaign about the Samaritans’ quiet power of simply being there to listen to someone. We worked with photographer Nadav Kander who has an extraordinary ability to bring character to a series of beautiful, yet faceless portraits.”

The campaign launches from 23 February 2016 on digital and poster OOH and railway media, including ticket gates, and is expected to run for two years. The awareness raising campaign will be promoted online and across social media. Get on board with our #welisten campaign by following Samaritans on Twitter @samaritans or Facebook.