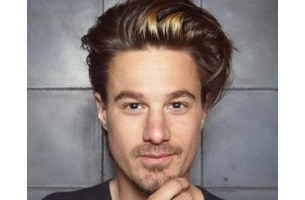 Sam has directed music videos for the likes of UK electronic producer Hudson Mohawke, Dutch Hip hop duo Lil Kleine & Ronnie Flex, and The Opposites  - which was nominated for 2014 Dutch music video of the year.

Sam’s debut feature, Prince, opened the 2015 Berlin Film Festival, where it was recognised with a Crystal Bear Award and described as a “self-ironic treatment of stereotypes, with creative cinematography and a stirring soundtrack.”

His previous short, Marc Jacobs, won the 2014 Golden Ciclope Award and a Golden Chair for Best International Short at the Norwegian Short Film Festival. And his graduation film, Magnesium, premiered at Sundance in 2013.