Creative Studio tips its hat to the Zoetrope, a captivating pre-film animation technique invented by an 18 year old in 1865 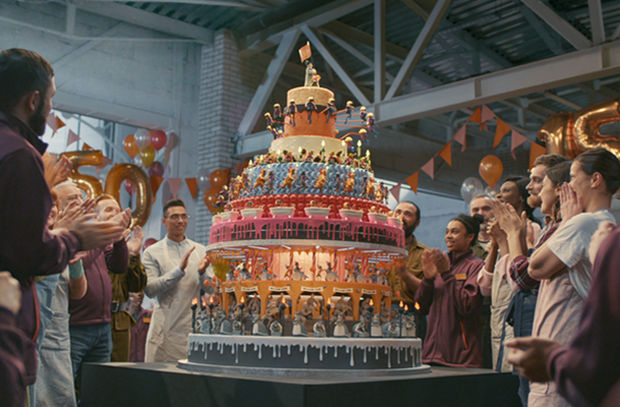 It was one of those phone calls. You know, the kind where your friend says “Hey man, I’m building a giant cake that needs to spin at 80rpm and showcase 150 years of Sainsbury’s history. Up for it? Oh, and we also need to design and animate 14 unique characters, too. K bye."

I suppose you could say that’s a phone call we’ve been waiting for our whole lives.

Thus began our collaboration with Noah Harris, master of mixed-media storytelling, in his ambitious and touching celebration of Sainsbury’s century-and-a-half legacy. We’re very proud of our work with Noah, his amazing production company Agile Films, as well as Wieden+Kennedy, London, who were an absolute dream to work with.

A Zoetrope?
Exactly. As in, a super early animation experiment that simulates motion from a series of still images. You’ve probably seen those B&W Muybridge motion studies. Ground-breaking stuff, folks.
For the etymologists out there: from the Greek (obvi) zoe = life, tropos = turning.

Speaking of ground-breaking, that’s where the Sainsbury’s story begins, too. It all started when John James and Mary Ann decided to make butter. Clean and safe butter, without families worrying about getting sick. Legends.
We used period photographs as reference, but the Edwardian style for portrait photography was… a little stiff. So it was really helpful that W+K chose to highlight this origin story moment for Sainsbury’s. It gave us this cool point in history to begin our enormous design challenge. Keep in mind that everything needed to appear as if crafted from icing sugar! It’s going on a cake, after all.

We started with 2D pencil explorations beginning with Mr Sainsbury. Here you can see some interesting ideas that led us to the final designs.
Additional  characters like the disabled child and his best friend, the Comic Relief Bean lady and the WW1 soldiers each represent other pivotal moments for the company. Some are even based on real-life employees. You can see them in the full ad. 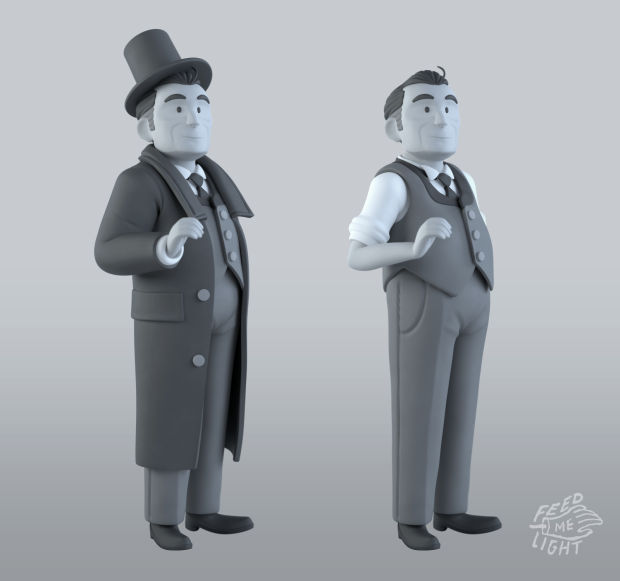