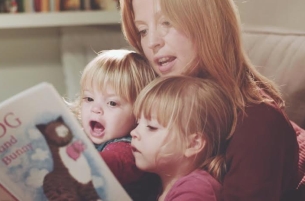 Sainsbury’s has launched a new festive digital marketing campaign, with user generated content at its heart, to extend its advertising message that ‘Christmas is for Sharing’.

Created and produced by AnalogFolk, ‘The Storytellers’ champions those people who help bring stories to life for children. From parents to teachers, these people ignite interest for children in stories and reading, helping to raise literacy rates.

The launch film reminds viewers of how special sharing a story with a child can be. Viewers are then invited to get involved by filming themselves reading an excerpt from ‘Mog’s Christmas Calamity’ by Judith Kerr - the exclusive book at the centre of Sainsbury’s Christmas campaign - and to upload the footage onto their own social media platforms.

The activity will also be activated via Sainsbury’s own social media channels, where short videos will be shared based on aspects of great storytelling. The finale of ‘The Storytellers’ will see the creation of a single film telling ‘Mog’s Christmas Calamity’ - created from user generated footage from those storytellers that have participated in the campaign.

‘The Storytellers’ activity forms part of Sainsbury’s integrated marketing drive for Christmas. The new advertising campaign features one of the nation’s best-loved children’s book characters, Judith Kerr’s Mog, and highlights the importance of sharing at Christmas.

Developed in partnership with Judith’s publishers HarperCollins Children’s Books the full length 3’30”TV advert aired for the first time on Thursday 12th November across multiple channels including ITV, Channel 4, Channel 5 and Sky simultaneously at 7.15pm. The campaign will help raise vital funds for Save the Children to improve child literacy across the UK, because every year, 1 in 5 children in England are leaving primary school behind in reading which can have huge consequences for their futures.

The campaign is designed to entertain children and families across the UK, as well as raising funds to improve children’s literacy, with the book on sale in Sainsbury’s stores for £3, alongside a specially created Mog soft toy for £10. Judith Kerr, HarperCollins Children’s Books and Sainsbury’s will donate all profits from the book and toy to Save the Children to support their literacy work, making a positive and lasting difference to children in the UK.