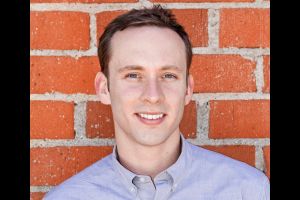 Safe Word has more than doubled its roster since launching six months ago, with their current roster also including DECON, Humble, Los York, Lost Planet, Paydirt, Room Two, and Shadowmachine, all of which they will represent on the West Coast and Texas.

Notes Community Films Executive Producer Carl Swan, “Lizzie and I have worked with the Erikas at our previous companies, so we are really excited to be back working with them again. They bring a high level of energy and passion repping our directors in areas that they’re traditionally strong in while also identifying new opportunities.”

“We’re very excited to be part of the company Erika S. and Erika B. have started and honoured to be on a roster with such great companies,” adds JOJX Co-Founder/Executive Producer Jackson Morton. “We were immediately attracted to their innovative and fearless approach to the rapidly changing advertising industry. They are a great fit for our company’s new age spirit and bring a long history with the industry. We’re looking forward to creating some incredible work together and having a lot of fun doing it.”

Northern California native Griffin began his career writing for writing for Variety’s Spanish headquarters in Madrid before diving into the LA-based entertainment industry. He spent two years in theatrical marketing for MGM Studios and then made the transition to management as a talent buyer at Octagon’s celebrity acquisition arm First Call. While there, he coordinated numerous celebrity partnerships for brands including Nestle, Novartis, and Samsung. In 2014, he shifted to the other side of the table as an agent in ICM Partners’ global branded entertainment group, during which he worked closely with actors, musicians, and influencers to create strategic partnerships spanning endorsements, product integrations and tour sponsorships.