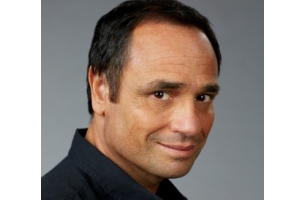 The 30th edition of El Sol, the Spanish and Latin American Advertising Communication Festival will take place in Bilbao from May 28th to May 30th 2015. #Elsol2015.

With over 20 countries participating, El Sol gathers the best creativity in Spanish and Portuguese and is the meeting place for all Spanish and Latin American advertising professionals.  A record 239 agencies are participating in the 30th Anniversary edition of El Sol, an 11% increase since 2014, notably with an increase in Spanish agencies implying the success of the course of action that El Sol has taken, as well as a certain recovery of the sector.

This year, on the occasion of the 30th anniversary of the festival, the axis of El Sol’s conferences will be “Brand Consistency”.  A large number of important presenters will explain their vision of brands and the Iberoamerican market during the Festival including Pablo Del Campo, Worldwide Creative Director of Saatchi & Saatchi.  Del Campo will give a presentation about 25 years of Argentine advertising and its impact upon the global advertising industry, a subject upon which he is an expert as the founder of Del Campo Saatchi & Saatchi in Argentina, and Del Campo Saatchi & Saatchi in Spain.

Pablo Del Campo has been Regional Creative Director of Saatchi & Saatchi Latin America for 7 years.  Del Campo and his teams have won 69 Cannes Lions, 53 Clio Awards, 250 Ibero American Advertising Festival awards, and been honoured as AdAge International Agency of the Year.  He is a Jury President at the 2015 Cannes Lions International Festival of Creativity.  Del Campo commented:  “Argentina's advertising is one of the strongest globally, despite the size of the market.  This year, El Sol Festival in Bilbao (originally in San Sebastian) is celebrating its 30th Anniversary,  so in my presentation I will cover how Argentina as an advertising industry has performed and evolved during all these years.  It's a great honour for me to this time represent the whole country.”

As they do every year the festival will project the reel from the 2014 Eficacia Awards, a special on the 10th anniversary of El Chupete, and the Cannes Prize.  On Friday night the Bilbao City Government and the Regional Council of Vizcaya will extend an invitation to all representatives to their usual reception at the Guggenheim Museum, during which the exhibitions will also be on view.

As in previous years, all of this can be found through a free official app available for iOS and Android, which will make it easier not to miss any of this 30th year of El Sol.