In an unprecedented demonstration of the power of social networking, Saatchi & Saatchi Johannesburg has created..... 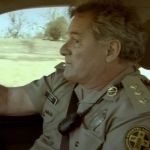 In an unprecedented demonstration of the power of social networking, Saatchi & Saatchi Johannesburg has created a fake Facebook account detailing the effects of drug abuse, with the aim of highlighting the dangers of narcotics.  Designed to raise awareness of the Chabad Addiction Rehabilitation Centre (CARE) in Johannesburg, a fictional Facebooker called Vivienne Stevenson catalogued the debilitating effects of drugs through photographs, video footage and status updates.  CARE specialises in treating those with substance abuse problems and gambling.  They focus on coping with trigger events and on relapse prevention. Support is also offered to family, friends and colleagues of addicts.

The most successful centres, with the lowest relapse rate are religiously oriented treatments. “The idea of our centre is to provide a more Jewish oriented treatment for overcoming addictions. All are welcome at our centre irrespective of religion.” says Rabbi Masinter who heads the organisation.  However the problem to overcome is that addiction is not widely recognized in the Jewish community, due to lack of information and embarrassment.   So to broach the subject Saatchi & Saatchi Executive Creative Director Adam Wittert and his team, created a Facebook profile and documented a girl (Vivienne Stevenson) who falls into a situation of drug and alcohol dependency.  We followed Vivienne throughout her initial experimentation with drugs right through to her hitting rock bottom, before finally seeking help from CARE.

Saatchi & Saatchi’s innovative use of Facebook successfully conveyed an anti-drugs message to users of the world’s largest social networking website, whilst generating positive publicity for CARE.  A profile for “Vivienne Stevenson” was invented, and a real-time documentary of her life created through video posts and commentary from fictional characters and Facebook friends.  During a 3-month account of Vivienne’s life, her 500 + Facebook friends saw her introduction to drugs on a modelling shoot, and the consequent downward spiral into addiction.  Saatchi & Saatchi created an interactive experience so convincing that her ‘friends’ began to post messages of concern for her health. Vivienne received more than 700 private messages from worried friends during the 3 month experiment, before the agency revealed that it was a publicity stunt.

The campaign brought in a flood of interest into the CARE program.  "In fact 30 to 40 people a day are either coming in to the Centre for guidance or phoning the call line, or attending a lecture on the subject of abuse. So far hundreds of people have at least attended some kind of group and several thousand have finally started talking openly about substance abuse in the Jewish community and recognizing it as a problem. The number of adolescents seeking information or help has outstripped anticipated figures by 60%." says Rabbi Masinter.

Lifestyle awareness talks at the Centre have also brought the issue to the community and have since spread to include schools as well. "Now frank and honest information is helping to deal with substance abuse and providing a much needed solution."