Theo was previously CD at Holler 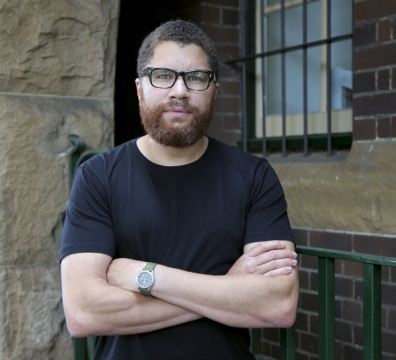 Mike Spirkovski (ECD): “This is a significant hire and I couldn’t think of a smarter more inspirational creative leader than Theo.”

Theo’s appointment comes after a string of senior creative hires as Spirkovski brings in new talent for the future growth of Saatchi & Saatchi.

In the three years since arriving in Sydney his work for Skittles “Telekinize the Rainbow”, which allowed people to move actual Skittles with their mind, was ranked “7th most awarded campaign in the world” by Big Won. TEDx “Mimeisthai” which involved creating the “world’s first spoken-word trending engine” picked up numerous international awards. And his Hungry Jack’s Shake & Win app featured in the WARC100’s “The 100 smartest marketing campaigns in the world”.

Recently his work for Neon Nomads, an installation of giant storytelling teepees, was featured as the centerpiece for the City of Sydney’s 2014 Art & About festival.

Mike Spirkovski (ECD):  “Theo is a rare talent who simply gets great work and always goes beyond to deliver something special and genuinely fresh that no else has ever thought of. Plus he has incredible hair and a mean ginger beard.”

James Theopane: "I’m thrilled to be joining the family at Saatchi & Saatchi, and look forward to not only contributing to the burgeoning creativity of the business, but helping to fulfil its compelling vision of the future.”