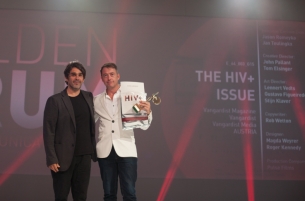 John Pallant, Regional Creative Director, Saatchi & Saatchi EMEA commented:  “2015 has been our best year in the history of the Golden Drum Festival, with a total of 3 Grand Prix, 4 Gold, 1 Silver and a Golden Watch Award.  I’m proud of everyone involved in the award-winning campaigns out of Poland, Russia, Switzerland and Ukraine.”