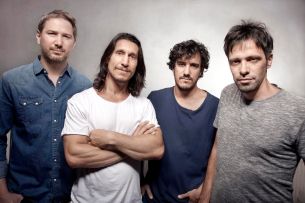 Creative agency Santo, led by Maxi Anselmo, Sebastián Wilhelm and Pablo Minces, surprised the industry with the announcement of the incorporation of four top creative figures. Maxi Itzkoff -Saatchi & Saatchi Europe’s CCO until a few weeks ago- will command Santo from Buenos Aires (Argentina) along with Pablo Minces, who will do the same from Santo in Miami.

Maxi Itzkoff, who led Del Campo Saatchi with Mariano Serkin between 2007 and 2015, has won more than 50 Cannes Lions and was chosen among the 50 Most Innovative People by AdAge in 2012.

Juan Pablo Lufrano, Ariel Serkin and Rafael Santamarina, who were the creative leaders at Del Campo Saatchi Buenos Aires until last month, join Santo as Executive Creative Directors to lead the creativity of the agency in Buenos Aires. The multi-awarded trio, who won 10 Cannes Lions this year, arrive at Santo in a moment when the agency is growing exponentially.

“The growth of the agency and the level of the clients we are working with forces us to have senior talent in all projects: this creative team that joins us is one of the best of the world," says Maxi Anselmo, Santo’s CEO.

Regarding his new position at Santo, Maxi Itzkoff comments: “It is an honour to work with such a talented group of people. What really gathered this team was the desire to do the best work possible in this new stage of our industry. Today in Santo we seek to be more an ideas company than an advertising agency."

“Maxi Itzkoff is an incredibly talented creative and a friend of mine for years," adds Seba Wilhelm, Creative Strategy at Santo. “We have known him from his beginnings at Agulla&Baccetti and it’s a privilege to be able to work with him again."