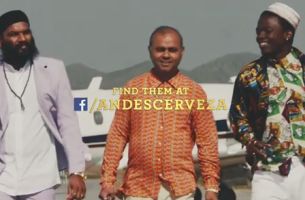 The Art Directors Club (ADC) 95th Annual Awards were presented on June 9, at the ADC Gallery in New York City.

“We’re very pleased with the news. The Art Directors Club is a cult festival, one which we’ve always wanted to be a part of. We’d like to share these awards with everyone who worked on the ideas behind the campaigns as well as our families,” remarked the agency’s Executive Creative Directors.