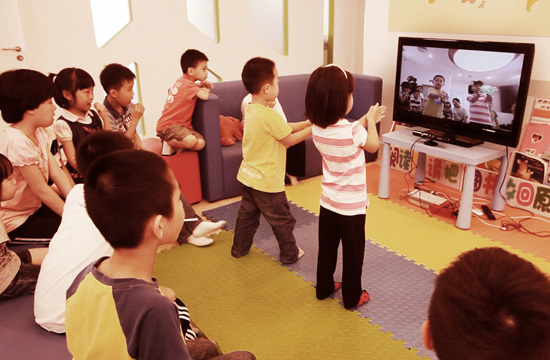 The hand-washing revolution activity designed by Saatchi & Saatchi Shanghai for Safeguard was run last year in kindergartens and primary schools around China. The fun activity has the children standing in a row in front of a projector, which projects their hands onto the large screen, showing up bacteria in different colours. The children “picked up” a piece of soap on the screen, and rubbed their hands thoroughly.  Voluminous foam immediately showed up on the screen, killing the bacteria completely.

The activity was inspired by the alarming fact that more than 700,000 children nationwide are infected with hand-foot-mouth disease, which is contagious through physical contact. All children like to use their hands to touch objects to explore the world around them, but often they have no idea about the importance of washing hands, so they are easily infected with diseases. NG Fan, Executive Creative Director at Saatchi & Saatchi Shanghai, said: “By the use of games in a simple, direct, and effective interactive way, we hope to encourage children to form the good habit of washing their hands, so that they can avoid those diseases that can be prevented simply by washing hands.”

Many parents have reported that since the activity their children have continued the good habit hand washing as a part of their daily lives, washing their hands more frequently. The health authorities in these regions are upbeat about the long-term effect of the activity, which will continue to be implemented nationwide in a bid to encourage more Chinese children to wash their hands regularly.