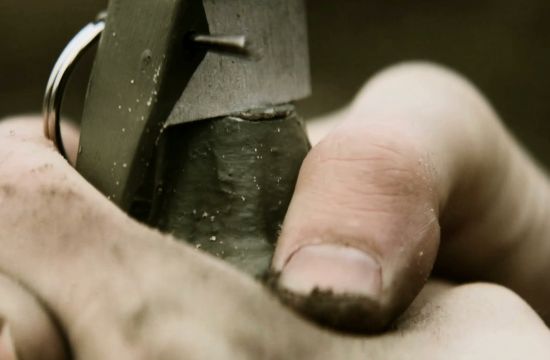 The 2014 New Directors’ Showcase (NDS) will take place at 10am on Thursday 19th June at the Cannes Lions International Festival of Creativity.  Entries for the 2014 NDS are now open to directors.  For eligibility and entry guidelines go to: http://saatchi.com/uploads/139099196730351/original.pdf

Now in its 24th year, the NDS is an unmissable highlight of the annual Cannes Lions programme, guaranteeing a full house in the Grand Auditorium of the Palais des Festivals that hosts the event.  Last year for the first time there were NDS screenings in London, Moscow and Singapore, and in 2014 there are plans for a more extensive world rollout after the premier in Cannes.

Over the years Saatchi & Saatchi’s NDS has earned a reputation for recognizing the best new directors from around the world, and showcasing their talents on the global stage.  Many directors featured in past Showcases have gone on to become household names, such as Tarsem, Spike Jonze, Michel Gondry and David La Chapelle.  Other young directors featured in recent years have found that their star is on the ascendant, such as Ilya Naishuller from the 2013 NDS, who has been described as the next Tarantino and signed for a feature film, Ben Liam Jones (also NDS Class of 2013), who won a Cannes Lions and 2 British Arrows in the same year, and Andrew Thomas Huang who won Best New Director at the 2013 UK Music Video Awards.

From an initial line up of several hundred directors, Saatchi & Saatchi’s Worldwide Creative Board makes the selection for inclusion on the NDS Showreel, ensuring that the final cut has a global perspective. 19 directors made the Showreel last year and came from Brazil, Canada, Denmark, Hong Kong, Italy, Los Angeles, New York, Russia and the UK.  Prodigious Executive Broadcast Director Andy Gulliman has been involved in the selection process of the NDS for the past 10 years commented:

“When we’re curating the NDS Showreel, we’re not necessarily selecting directors based on the criteria of a traditional ad:  Last year we included directors who came from nowhere and smashed through with credible work that was often exposed through the power of the Internet.  There are directors that will make the cut through demonstrating groundbreaking technical skills, or a more old school filmmaking skills and a classic directors’ eye, whilst we are always looking for revolutionary directors who explore and utilise new media and production techniques in unexpected ways, to influence our future commercial production.”

Traditionally the Showreel is revealed in the Grand Auditorium at Cannes Lions with a live production inspired by a theme.  The theme last year was ‘Just for Hits’, and featured author and academic Professor Richard Dawkins, in an homage to the Internet and Memes conceived by Marshmallow Laser Feast (MLF), Jonathan Santana & Xander Smith and Prettybird.  The same creative team were responsible for the live shows in 2011 and 2012 ‘Meet Your Creator’ and ‘Hello, Future’.