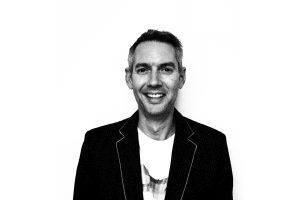 Executive Creative Director of Saatchi & Saatchi Copenhagen, Jason Mendes has been promoted to the role of Regional ECD of the Nordics. He will work alongside current Nordic MD, Jonas Bjorlin across the region. Mendes will be directly responsible for the creative output of the Copenhagen and Stockholm offices, working in close collaboration with Saatchi & Saatchi agencies in Finland and Norway.

His new role will see him take the creative lead on key network clients in the region including Toyota, Procter & Gamble and Novartis. He will also be responsible for global client Polaroid Sunglasses as well working closely with the Creative Directors in the region on local clients.

Justin Billingsley, COO of Saatchi & Saatchi EMEA said: “This move is about aligning ourselves more closely with the needs and structures of our clients.

Having a creative lead across the Nordics will simply enhance and strengthen our collaboration, bringing the agencies tighter together, and ultimately, strengthen our creative output for clients. Our recent global win for Polaroid Sunglasses and then a joint effort between our Swedish and Danish offices to develop the creative work, is a great example of this approach in action.”

Jason Mendes said: “People tend to pool the Nordics into one but there are strong cultural differences between the countries. Something I inherently understand from growing up in the Caribbean, with social rivalries between the islands. Also, living and working in the United Kingdom, with their complex social structure and working across Australia and New Zealand has given me a unique appreciation for cultural distinction. Each office in the Nordic region is 100% populated by locals to bring their respective nuances to life. However, if there’s one thing I’ve learnt, a great idea doesn’t discriminate.”

John Pallant, Regional Creative Director EMEA said: “In just a short space of time in our Danish office, Jason has impressed all - colleagues and clients alike – with his boundless, infectious enthusiasm and his 'can do' spirit.  Some people make things happen, and he is one, and we want him to do that right across the region now.”

Mendes re-joined Saatchi & Saatchi in Jan 2013 after a five-year period, where he was at Channel 4 & Ogilvy in London. His accolades include numerous Cannes Lions, Campaign Big Awards, London International Awards, British Television Awards, One Show and D&AD. Saatchi & Saatchi Denmark rose from the position of 21st creative agency in Denmark to 6th in Mendes’ first year as ECD.

Mendes concludes: “I’m totally aligned with Jonas and his vision for the region. We clicked immediately. I’m truly excided by the partnership and I’m flattered I’ve been given this golden opportunity to work with an extended portfolio of great clients.“