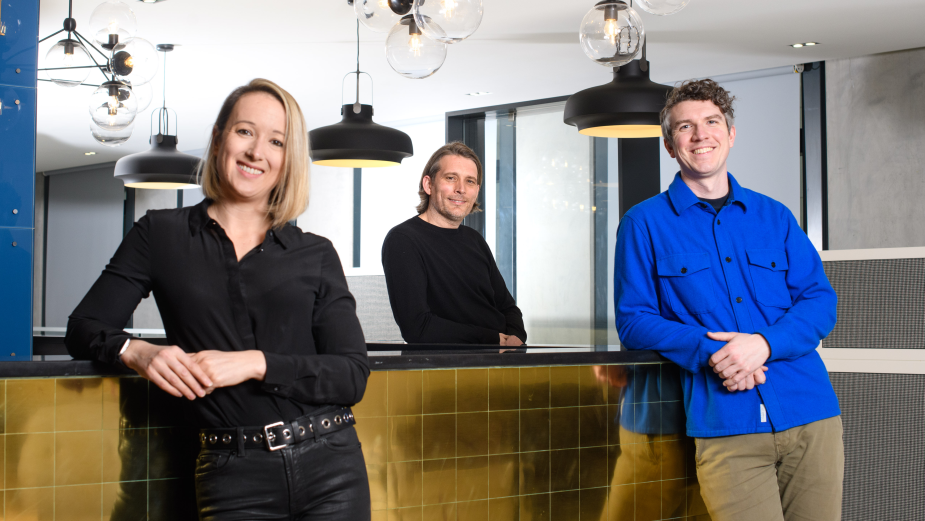 Franki Goodwin has been at Saatchi & Saatchi since 2013, and will take on the role of ECD, reporting into Vega. A ‘master problem solver’, Goodwin leads the creative output on Saatchi & Saatchi’s Direct Line and Deutsche Telekom accounts, delivering work that has received awards for creativity and effectiveness on her watch. She has brought home 16 Cannes Lions for the agency, among other creative accolades including Campaign BIG awards and D&AD pencils.

A filmmaker and BAFTA winner in addition to being an award-winning creative director, Goodwin runs “headfirst at impossible challenges, with a dedication to craft that is second to none,” says CCO Guillermo Vega.

Farley and Lucas join from adam&eveDDB where they bagged multiple awards including a Grand Prix, a Clio Gold, Cannes Lions and D&AD Pencils in recognition of the creative work they’ve produced for clients such as PlayStation, Marmite, Temptations, Volkswagen, John Lewis, Temptations and the AA.

They also collaborated on a scholarship with the Brixton Finishing School to help facilitate entry to the industry for more diverse talent. In 2020, Saatchi & Saatchi launched three initiatives tackling creative education at schools, entry-level talent and removing barriers to entry to the industry in Saatchi Home, Ignite and Open.

Vega added: “A nothing is impossible mindset, is important now more than ever. We believe in the power of creativity in solving the problems our clients face today and will face in the future. You need the best creative talent and ideas to meet those challenges head on and in Franki’s leadership she’s proved an ability to do that time and again. The same goes for Jon and Alex, they bring that to the table in bags.”

Farley and Lucas officially join the agency on the 30th March, will also report into Vega and will be working across a broad range of key clients for the agency.

Franki Goodwin said: “Eight years ago Saatchi & Saatchi gave me an opportunity as a complete industry outsider, and I discovered advertising was the combination of the two things I love most; logic and craft. I have never taken that opportunity for granted and I’m delighted to take this next one, working alongside the legends that are Dan (Treichel) and Guillermo. I hope to continue what I have benefitted from and support great people and great ideas, wherever they come from.”

Jon Farley said: “Hearing Guillermo’s vision and ambition for the creative department and seeing the momentum that’s building at the agency, it was hard to say no. Saatchi & Saatchi has a long and rich history of producing great work and we’re hoping that a little of that magic rubs off on us.”