Awards and Events 350 Add to collection

Screening event to take place at the Museum of Modern Art on Tuesday, August 25 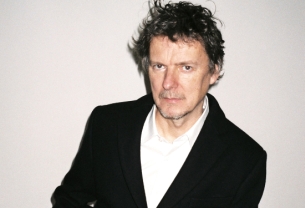 After the hugely successful premier at the Palais des Festivals during the Cannes Lions International Festival of Creativity, Saatchi & Saatchi will celebrate the 25th anniversary of its legendary New Directors’ Showcase (NDS) with an exclusive New York City screening event at the Museum of Modern Art (11 West 53rd Street) on Tuesday, August 25.

Saatchi & Saatchi will present the New Directors Showcase featuring this year’s new global directing talent, plus the U.S. premier of “25X25”: an experiment in film directed by 25 NDS alumni who are now recognized for their enormously successful film, television, and advertising careers.

Andy Gulliman, Saatchi & Saatchi Worldwide Director of Film & Content, and curator of the New Directors Showcase commented: “Back in 1991 an idea was conceived for a Showcase that would reflect the agency’s reputation for nurturing and developing new talent. 25 years later we are still committed to providing a global platform for new directing talent. And by Producing ‘25x25: An Experiment in Film’ created by 25 iconic directors, we have proved that our loyalty to talent is still strong and ‘Nothing Is Impossible.’”

In Ad Age Christine Diaz described “25X25” as “a dazzling experimental film. . .  The idea yielded a series of brilliant, entertaining vignettes that showed off the directors’ talent once again.”

Said Brent Smart, CEO of Saatchi & Saatchi New York: “It was a real highlight to experience the New Directors’ Showcase and 25X25 Film at Cannes this year and we couldn’t be more excited to bring this event to New York. I hope our clients, partners, and people find the same inspiration from the next generation of filmmakers.”

The NDS was conceived in 1991 when Saatchi & Saatchi was invited by Cannes to host a seminar.

Legendary creative director of Saatchi London Paul Arden came up with the idea for a Showcase that would reflect the agency’s reputation for developing new directing talent, and break the old school “long lunch” method of selecting commercial directors. That first show, curated by Saatchi London Head of television Jim Baker and his New York counterpart David Perry, featured an inaugural roll call that included David Cronenberg, Daniel Kleinman, and Jake Scott—names now synonymous with great filmmaking. Over the years, the NDS has established a reputation for unearthing iconic directorial talent of the future, with a list of alumni auteurs that now includes: Spike Jonze, Tarsem, Alex Proyas, Mark Romanek, Tony Kaye, David La Chapelle, Gore Verbinksi, David Gordon Green, and Neill Blomkamp, among many others.