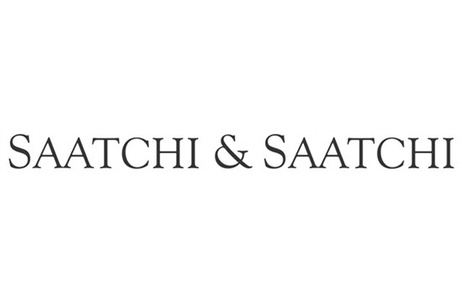 As the Cannes Lions International Festival of Creativity celebrates its 60th year, the Saatchi & Saatchi New Directors’ Showcase enters its 23rd season. Always a Festival highlight, the Showcase presents a reel of carefully selected directors, representing the best new directing talent currently making waves around the globe. Each year the Showcase is wrapped around a theme, which is always brought to life with an on-stage performance in the main Cannes Grand Auditorium. The Grand Auditorium is once again the venue, with overspill for this popular event into the Debussy.

Music videos feature heavily on the 2013 reel, with directors coming up with edgy and unique ways of interpreting music from contemporary musicians including; White Doves, Antony and the Johnsons, Alpines, Biting Elbows, and Liars. Many of the films cross the boundaries between the visual arts, film and advertising, such as Lucio Arese’s arresting CGI imagery, Ian Cheng’s graphic drawings, and Jake Fried’s hand-drawn animations.

Other directors on the reel demonstrate great narrative and use of traditional filmmaking techniques, with powerful emotional or visual punch, or great comic timing, such as Ben Liam Jones’s heart-wrenching film for ChildLine, Vellas’s brilliant cinematography in his film ‘Soul’ for Leica, and Max Joseph’s witty ‘Follow the Frog’. Then there is pure surrealism, in the form of Wong Ping’s darkly humorous animation ‘No-One Remains Virgin’.

This year’s directors hail from all corners of the globe, emphasising the geographical reach of the Showcase. The reel includes; Casper Balslev from Denmark; Daito Manabe from Japan; Vellas from Brazil; Lucio Arese from Italy; Ohji Inoue and Miles Jay from Canada; from

Australia Nabil, and Joe Pease (now based in California); Russians Ilya Naishuller, and Gevorg Karensky (now based in Los Angeles); and Wong Ping from Hong Kong. Representing the USA are; Ian Cheng, Max Joseph and Jake Fried; and the British contingent features; Ben Liam Jones, One Pixel Wide, Ryan Hope and Justin Anderson. The reel really is a representation of new directors, ranging in age from 24 to 36.

The power of the Internet on filmmaking today is evident on the reel, with Gevorg Karensky’s accomplished student graduation film ‘GTA Rise’ getting over 13.5 million hits on YouTube, and interactive directing trio One Pixel Wide’s innovative promo for Masters in France, matching hashtagged vine films to song lyrics in a live feed.

This nod to the Internet is apt, because the theme of this year’s NDS is ‘Just for Hits’, and it’s all about the power of the Internet and its influence on contemporary culture.

The 19 directors selected for the New Directors’ Showcase reel 2013 are listed below, with the title of the submitted work;

New Directors' Showcase is a must-see event in Cannes. This puts a great deal of pressure
on us when selecting directors, as Saatchi & Saatchi has always succeeded in discovering directors whose stars are on the rise, as well as recognising talent already in the film industry.”

Tom Eslinger, Worldwide Creative Director Digital, commented on this year’s reel: “We have some fantastic stories being told – the crafted and beautiful ‘Soul’ and ‘Cut The World’, and a balance of some lo-fi freakiness like ‘Brats’ with its Elmer Fudd cartoon run through a broken algorithm look. I love that we have a fresh as wet paint clip like ‘GTA Rise’, and experimental mind-candy vector porn like ‘Mimic’. There is interaction, projections and performance mashed up in ‘Eclipse/Blue’, bumping up against powerful ads like ‘Soul’, and challenging animation from Wong Ping. It feels like we’ve captured a moment – and literally a moment – with the speed that film, cheap technology and distribution channels allow people to tell their stories whenever and however they like. A Showcase to beat for sure.”

This year for the first time, the Saatchi & Saatchi New Directors' Showcase is coming to London. A screening of the reel on Thursday 4th July will be commentated by Robert Senior, Chairman of Saatchi & Saatchi's Worldwide Creative Board. The screening will take place in a state of the art theatre, at one of London's leading cultural centres, and will be an unprecedented opportunity for people who were unable to see the live NDS in Cannes, to watch the reel in London with the added bonus of a panel discussion featuring leading directors, producers and creatives.

The 2013 theatrical production introducing the directors’ reel has been conceived for the third time by award-winning independent creative team Jonathan Santana & Xander Smith. How could they possibly trump the spectacles of the last 2 years? ‘Meet Your Creator’ in 2012 featured 16 flying robots or Quadrotors, and ‘Hello, Future’ in 2011, which involved an interactive live performance with Jamie Lidell. This year’s theme of ‘Just for Hits’ completes the triptych, with a visual and oral extravaganza featuring a very unexpected guest, which will connect the world of science and academia, with the world of film and the Internet.

The star of the Showcase this year is the world-renowned British evolutionary biologist, Professor Richard Dawkins. Professor Dawkins came up with the word ‘meme’ in his million- copy bestseller The Selfish Gene. Although The Selfish Gene was published back in 1976, it is still equally relevant today, and the word ‘meme’, coined by Professor Dawkins as a concept for discussion of evolutionary principles in explaining the spread of ideas and cultural phenomena, infiltrated the Oxford English Dictionary. From memes were spawned ‘Internet memes’, meaning a concept that spreads from person to person via the Internet. Professor Dawkins takes part in a theatrical performance, which mirrors the impact the Internet has made on our cultural evolution.

“The new soup is the soup of human culture. We need a name for the new replicator, a noun that conveys the idea of a unit of cultural transmission, or a unit of imitation. ‘Mimeme’ comes from a suitable Greek root, but I want a monosyllable that sounds a bit like ‘gene’. I hope my classicist friends will forgive me if I abbreviate mimeme to meme.” Richard Dawkins, The Selfish Gene

Professor Dawkins opens the show with a serious and engaging few minutes’ talk on the subject of memetics, focusing on the transmission of ideas and information, cultural norms and societal expectations that evolve in a process akin to natural selection. His speech transmutes into an auto-tuned song about Internet Memes, composed by Finn McNicholas and conceived by musician and instrument designer Tim Exile. The blank canvas of the white stage will come alive with images projected onto the screen and stage, illustrating the evolution of a meme. The visuals were created by Marshmallow Laser Feast (MLF), who are Directors of the Showcase for the third consecutive year. MLF are a creative studio working at the intersection of art and technology, and consist of Memo Akten, Robin McNicholas and Barney Steel.

‘Just for Hits’ aims to illustrate Professor Dawkins’ theory of memes and sets out to present the internet as an ‘incubator of creativity’, which affects the way we create and share ideas. It will be a thought-provoking and witty scene that will address the question ‘why do people partake in memes?’ - Just For Hits.

Jonathan Santana and Xander Smith commented: "Meme theory offers an elegant solution to questions pertaining to the complex cultural phenomena that surround us today. The Internet is a potent example of how ideas - like genes - mutate and evolve as they pass from one creative and computer-empowered primate to the next. It has emancipated the masses, from the bedroom geniuses to the big corporations. We have all been inspired by the creative incubator that is the Internet"

Juliette Larthe, who pulled together the team behind last year’s ‘Meet Your Creator’ and the 2011 ‘Hello, Future’ themed Showcases, is the Producer of the theatrical piece once again this year. Juliette Larthe is a Grammy-award winning Producer who runs PRETTYBIRDUK the London partner of PRETTYBIRDUS, a creative think tank that produces commercials, short films, music videos, digital campaigns, and experiential events and installations. Working across a broad spectrum of technology, this is the third year of producing the NDS showcase event for Saatchi & Saatchi Worldwide. Last year’s show was nominated for a D&AD 2013.

Laurent Fétis and Sarah Martinon are the graphic design team responsible for the ‘Just for Hits’ graphics.

MLF commented: “The chance to collaborate for a third consecutive year with
Saatchi & Saatchi and the creatives Jonathan Santana and Xander Smith, led to one pertinent question: wtf do we do this year!? We were over the moon. The answer came in the form of a long and elaborate email chain - sorting and reworking ideas, as the thread grew and evolved as a body of work, some weird 21st century tapestry began to take shape. Masses of images we love were exchanged, videos that inspire us and music that fills us with more ideas fuelled the fire even more. We began to realise that the process of mixing and adapting ideas was a reflection of the creative process of our time, with the Internet at the very centre of it all. As ideas bloomed, the mutations formed were echoes of the memes that were like little sweeties in our inboxes each day. It's a huge privilege and honour to be part of this year's show. We hope you enjoy it as much as we've enjoyed making it.”

Exclusive behind the scenes footage of the NDS will be shown on The Creators Project, a partnership with Intel and VICE: http://thecreatorsproject.com

The Showcase will be webcast on the Cannes Lions website and on the NDS Channel on YouTube:

A special thank you to Professor Richard Dawkins for playing a key part in ‘Just for Hits’.

And thanks to Damian Kulash of OK Go for announcing the winner of The Saatchi & Saatchi OK Go Music Video Challenge 2013.