A film created by the agency was directed by Alice Lowe, who is known for her acting roles in Black Mirror and Garth Marenghi's Darkplace 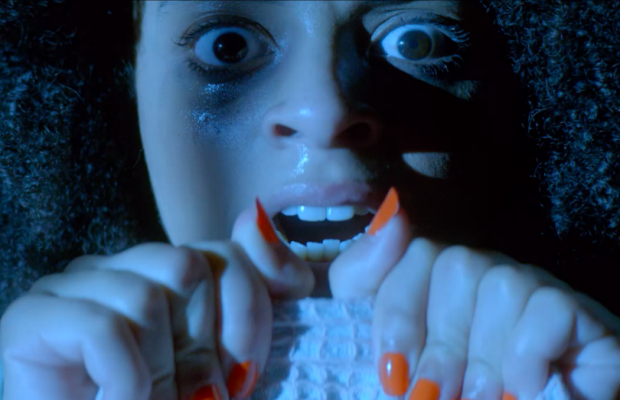 The campaign consists of a short film called ‘The Torment’ based on insight showing part of growing up is inevitably making mistakes. You can check out the film below:

Making mistakes is part of everyday life, but research has shown that this matters disproportionately amongst 17-34-year olds because it’s the first time they face mistakes on their own.

This audience goes from being covered by their parents or guardians to being a grown-up and having to deal with claims by themselves and dealing with stress when things go wrong.

Created by Saatchi & Saatchi London, directed by Alice Lowe who is also known for her acting roles in Black Mirror and Garth Marenghi's Darkplace and produced by Western Edge Pictures, whose previous films include Third Star, Mr Calzaghe and Rare Beasts.

Music for the film was specially commissioned by electronic music duo TOYDRUM, who wrote and produced music for the Shane Meadows series This is England.

The campaign will be hosted in cinemas screening horror movies during the Halloween period.

Franki Goodwin, Creative Director, Saatchi & Saatchi London, said: "The true horrors of growing up and being responsible are at their most visceral when something goes wrong. We’ve tapped into a genre most popular with our audience to create a campaign that is as resonant as it is entertaining."

Rachael Lynch, Brand Activation Manager, Direct Line, said: "Our audience are at a time when they want to maximise their personal freedom and decision making, however, this comes with worry about things going wrong. We’ve tried to find entertaining ways to show how Direct Line’s promise is relevant in their lives. Nobody‘s perfect: at some point we all mess up, but Direct Line understands and is there to help."

The short film is supported by a 60 cinema cutdown and a series of 6-second social stings spots which bring to life other real life horrors from cracked laptops to lost phones and kitchen disasters.

The campaign builds on Direct Line’s association with film, following its recent sponsorship of Film on 4.

Written and Directed by: Alice Lowe