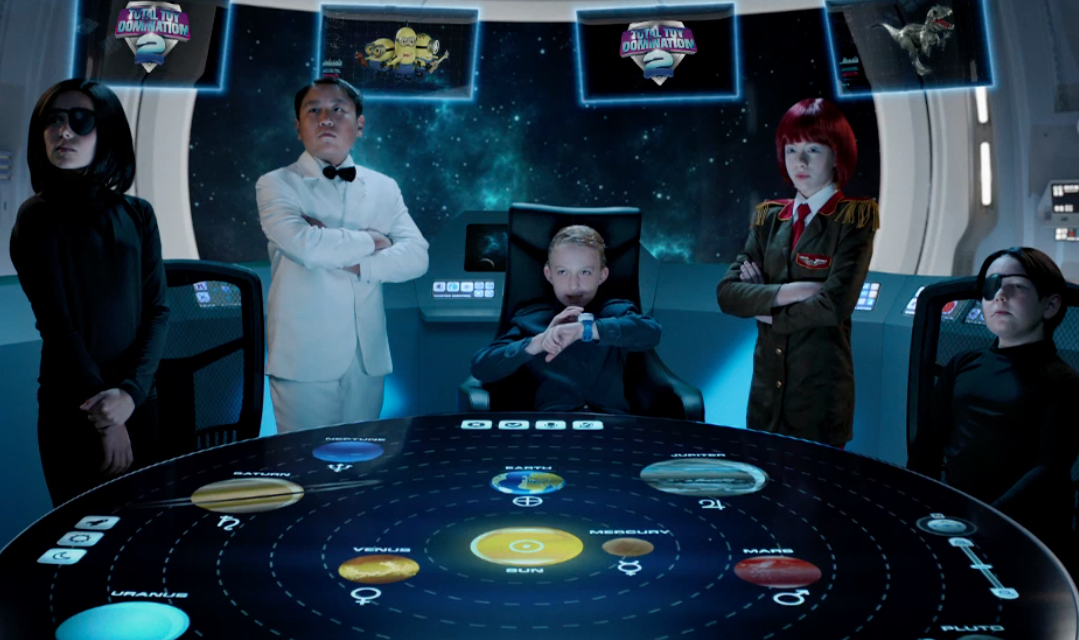 Following the category leading results achieved in last year’s toy sale it was decided that the 2015 campaign should build upon the 2014 “Total Toy Domination “ idea.

This year the evil, genius children are back and again in control of the toy sale planning total toy domination from a huge orbiting spaceship. The evil geniuses plan to unleash the biggest army of toys ever seen in Australia delivering “more fun toys than ever before” and confirming there will be “no escape from the lowest prices”.

The campaign is being executed across all channels including TV, cinema, print, outdoor, in centre digital screens and in store POS. There will be an extensive online presence, utilising bespoke creative in interactive OTP's, geo targeted mobile messaging and a highly engaging Facebook video campaign.