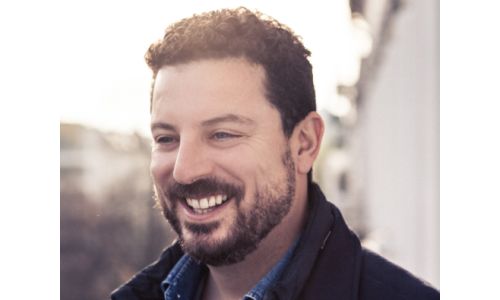 Saatchi LA is part of a network of 130 offices in 70 countries owned by the Publicis Groupe – the third largest communications group in the world. As the agency of record for Toyota Motor Sales (TMS), U.S.A., Inc. for over 30 years, Saatchi LA employs more than 400 full-time staff.

“We are ecstatic to have Jason Schragger join the team of incredibly talented professionals we have at Saatchi LA and to lead the T2 creative approach for Toyota,” said Chuck Maguy. “He is a tremendous communicator and listener who has gleaned a great deal of insight from leadership figures throughout the course of his career. Jason has proven his ability to understand the needs of his clients and create spectacular results for them time and again.”

Schragger, 40, a native of Zimbabwe, comes to Saatchi LA after amassing nearly two decades of experience, including for Ford, Mercedes, BMW Mini, Mitsubishi and Nissan in several parts of the world in the automotive space. Also boasting a broad range of experience not related to the automobile industry, Schragger has made significant contributions in hands-on creative oversight for global brands as diverse as adidas, HSBC, and Johnnie Walker.

“I’d like to thank Chuck Maguy for the opportunity to be Saatchi & Saatchi LA’s first-ever Chief Creative Officer,” said Schragger. “As someone who quite literally grew up in this industry, Saatchi LA has always been an agency I have held in high regard. I am excited and humbled to have such an amazing opportunity in front of me.”

After landing his first executive creative director post at 27 years of age at Lowe and Partners in Singapore, for whom he captured a Cannes Gold Lion for work on the IKEA account, Schragger also held similar posts at StrawberryFrog, BSUR and Plantage before joining the TBWA family, where he remained until his appointment at Saatchi LA.

The creation of the Saatchi LA Chief Creative Officer position was designed in December 2013, when Toyota announced a more cohesive marketing approach to paid, earned and owned media – whereby previously separate agencies were placed into a total market model referred to as Total Toyota or T2.

Saatchi LA was selected to spearhead the new model, which also includes four other agencies with existing, well-established Toyota partnerships.