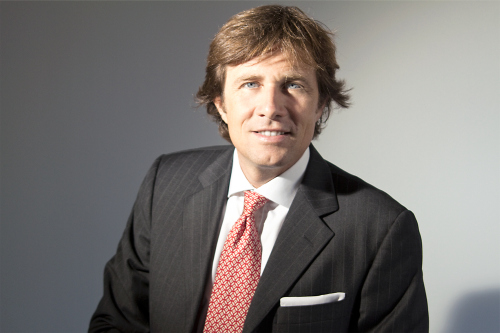 Giuseppe Caiazza, current CEO of Saatchi & Saatchi in Italy and Head of Automotive Business EMEA has further expanded his role to include leadership of Saatchi Saatchi & Saatchi + Duke France. Caiazza replaces Elie Ohayon who is transferring to a new role within Publicis Groupe.

Robert Senior, Chairman and CEO of Saatchi & Saatchi EMEA said: “Giuseppe has transformed Saatchi & Saatchi Italy since he joined its management team as Chairman in 2010 and then CEO in 2011. With his background as a regional client Giuseppe brought clarity and discipline to the agency and re-focused on growth and creative excellence. Italy has for the past three years been amongst the fastest growing major markets for us in EMEA and has won more Cannes Lions than any other EMEA market – including in the Cannes Lions 2014 last month. This is the same focus and transformation we are expecting him to take with him in his leadership of France.”

Justin Billingsley - COO Saatchi & Saatchi EMEA – said: “There are many similarities between the markets and our clients in each. There are capabilities in Italy that we believe will assist in France, and vice versa. Having Giuseppe take the lead across both markets will simply mean that these synergies grow stronger.”

Caiazza said on his appointment: “I have a deep emotional attachment to France, the place where my career began. I will be delighted and honoured to help guide Saatchi & Saatchi + Duke towards both an excellent business and creative performance in the years ahead.”

Caiazza will be supported in his new role in France by Barbara Arbib who has been promoted to the role of Managing Director of Saatchi & Saatchi + Duke France. She will lead the agency in partnership with Frédéric Témin who continues in his role as Executive Creative Director. Managing Directors Maria Rosa Musto and Adriano Aletti in Milan and Camilla Pollice in Rome continue in their existing roles, reporting in to Caiazza alongside Arbib. All management changes are effective immediately.

Caiazza is an international citizen who has spent more than half of his career working abroad, beginning at Club Med, which he eventually left once appointed Country Manager of the Argentine branch, following an extended period as the Marketing Director in Italy. After Club Med, Caiazza joined the Ford Motor Company, where he began as Director of External Relations in Italy before moving to the European Headquarters in London as the Senior Product Marketing Manager. In 2005 Caiazza was appointed General Manager, Marketing & Communications for Toyota Motor Europe. He then joined Saatchi & Saatchi since 2008, initially as Managing Director for Europe Automotive Business, a position that he later combined with that of President of Saatchi & Saatchi Italy and in 2010, CEO of Saatchi & Saatchi Italy.

Caiazza is a graduate of Economics at the Bocconi University of Milan and has also completed Executive Development Programs at both the Wharton Business School in Pennsylvania, and the IMD in Lausanne. Since 2011 he has been an active collaborator with the Bocconi University in Milan and in particular with the EMMS (Executive Master in Marketing & Sales). Caiazza is also a Member of the Board of Directors of Wamba e Athena Onlus, an NGO very active in supporting children around the world.