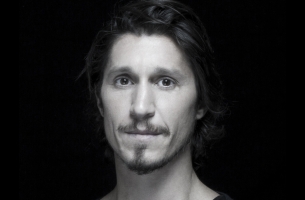 D&AD has revealed the global line-up of creative leaders set to take part in the 53rd edition of its Professional Awards. There will be 25 juries at the 2015 Awards, including a new Branded Film Content & Entertainment category, with new Wood and Graphite Pencils set to be awarded for the first time. In keeping with tradition, the D&AD Awards will be judged by some of the international creative communities’ highest profile members. These Jury Foremen include Maxi Itzkoff, Co-Chief Creative Officer Saatchi & Saatchi Europe, who is heading up the Outdoor Advertising Jury.

Tim Lindsay, Chief Executive at D&AD, commented, “The role of creativity and the value of design in our society has never been greater. Whether as vehicle for social change, enriching quality of life or finding the means to do well by doing good, we've seen some truly impressive innovation from across the advertising and design industries in recent years as boundaries are pushed and limits tested. After a remarkable 2014, we’re all looking forward to seeing what 2015 brings in the field of creative excellence.”

D&AD only awards work of the highest standard, meaning that the quantity of top Awards given fluctuates year on year. The scrutiny and rigour imposed by the internationally acclaimed judges is legendary, and ensures that only the very best work receives a covered D&AD Pencil.