The agency also received the Mumbrella Asia Award for Culture 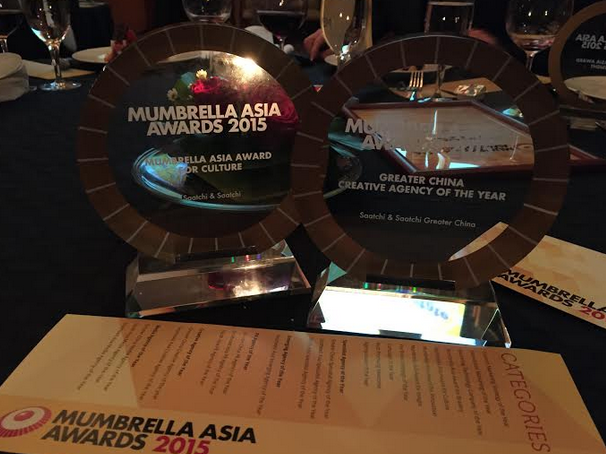 Saatchi & Saatchi China was the big winner at the 2015 Mumbrella Asia awards presented on May 7 at the Sheraton Towers Singapore Hotel. The agency took home the title ‘Greater China Creative Agency of the Year’ and received the Mumbrella Asia Award for Culture.

The Agency of the Year Award assesses agencies based on their national outputs, whereas the Award for Culture seeks to commend the most positive and high-achieving workplaces within the media and marketing industry.

In 2014, Saatchi & Saatchi China undertook a comprehensive, agency-wide transformation to embrace digitally integrated communications while adopting several inventive recruitment strategies, retention strategies and training policies. Being named Employer of the Year in China (Silver) and University Students’ Most Preferred Advertising Agency in China (Silver) is a testament to the agency’s innovation in recruitment and retention, its focus on staff development, insights into building a wider team culture, and delivery of high-performance outcomes.

The agency also successfully retained its title as China Advertising Creative Agency of the Year for the third consecutive year (2012, 2013 and 2014).