Agency wages attack on elements holding back the ad industry 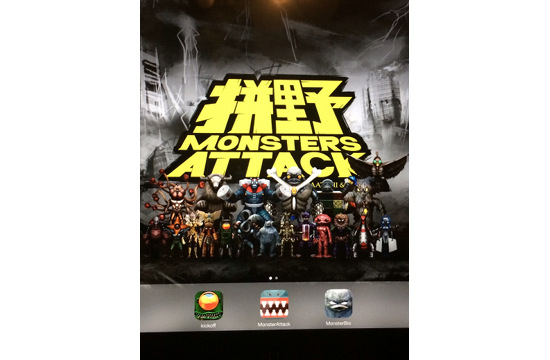 The Monsters Attack event was officially announced at Hangzhou’s Mount Mogan Naked Retreats on 24 February, with a head-spinning variety of monsters onsite at the resort. Each monster avatar embodies some facet of its creator’s talent at Saatchi & Saatchi, exemplifying one word equity with names like Rainmaker, Lapidary, Integrity, Billboard, (+), ThirdEye, Engine Oil, ChangeAgent, Tranquilizer, etc. Saatchi & Saatchi China also released the Monsters Attack app, which already includes 20 monsters and invites advertising professionals to create their own monster avatar and compete with their peers.

With the launch of this event, Saatchi & Saatchi China is taking on the problems of the whole industry, pledging to reform the industry and redefine what advertising practitioners do in a mere three years’ time with a series of revolutions in creative, talent management and business development.

Saatchi & Saatchi’s Greater China CEO Michael Lee explained: “The idea behind Monsters Attack came from the need for advertising professionals to highlight their individuality and embrace the reality that it is only through seeking new ideas, embracing change, making breakthroughs, having the courage to take risks and going wild — becoming ‘monsters’ — that we can attack the different elements holding back our industry.”