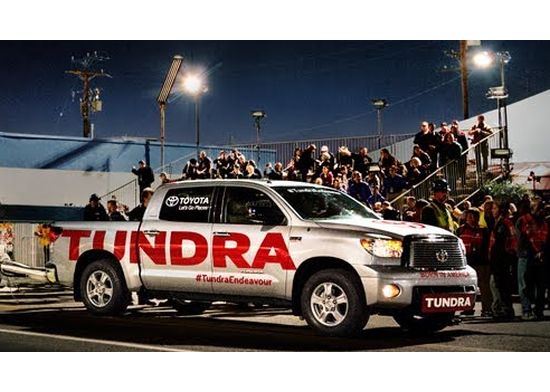 marketing agency of record, has been awarded top honours in multiple categories by the

The 2014 AME panel comprised of interactive and multidisciplinary marketers, planners, and

creatives from all over the world, awarded SSLA the only Platinum AME Award for their use of

campaign. It was also the only campaign in the North American region to be awarded an AME

automotive, use of discipline within mixed media and public relations, use of medium within

outdoor, transit, out of home, and guerilla and alternative media categories. The AME Awards®

"This campaign is a testament to our belief that Nothing is Impossible, and it is an honour to

win these six awards across multiple categories. It really speaks to the tireless efforts of our

team at Saatchi LA and our partnership with Toyota, from across all disciplines, and I couldn't

education through exhibits and events