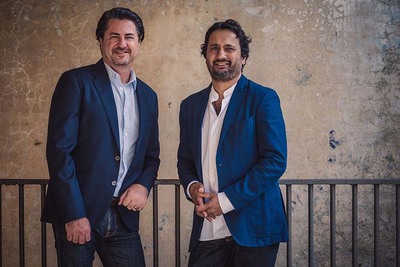 Saatchi & Saatchi Australia CEO Michael Rebelo has today announced that after six years at the helm, he is passing the leadership mantle over to newly appointed successor, Anthony Gregorio, most recently CEO of Havas Australia.

Following an extensive global and local search, Gregorio (pictured far left with Rebelo), who departed the group CEO role at Havas in October last year, has been appointed as CEO to lead the agency at a national level and will be supported by Rebelo, who will continue as CEO of Publicis Communications ANZ and in his role as Chairman of Saatchi & Saatchi ANZ.

An experienced agency leader with a proven track record of building successful businesses and award winning campaigns, Gregorio enjoyed enviable creative and commercial achievements in his most recent role as CEO of Havas Worldwide Group; winning the inaugural Grand Prix for Effectiveness at Cannes, the coveted Black Pencil at D&AD Awards and seeing Havas Sydney named Campaign Brief "NSW Agency of the Year".


Says Rebelo: "After six years of leading the Saatchi & Saatchi brand in Australia, I'm very pleased to announce that Anthony Gregorio will take over the national leadership as CEO.

"I've known Anthony as a fellow leader in our industry and have always had a great deal of admiration for his strength of values, his character and for the impact he's made on the agency's business, product and the cultures he's led. I've been privileged and lucky to be doing my dream job for the past six years, but now it's time for a change and I couldn't think of anyone better to take the brand, our clients and people to new places.

"I'd like to thank my team and clients in both Sydney and Melbourne for their inspiration and commitment over the years. I won't be going far so will continue to support our people, clients and Anthony from my role as Publicis Communications CEO."

Adds Gregorio: "I'm honoured and excited to be joining Saatchi & Saatchi. It's a brand I have always admired, one with an amazing legacy. Now more than ever, the power of creativity to create a business advantage is crucial for our clients. I look forward to building on what Mike has achieved, working alongside Chief Creative Officer Mike Spirkovski and the team."