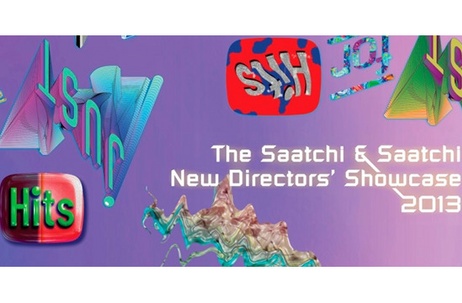 For the first time in its 23 year history, the Saatchi & Saatchi New Directors' Showcase (NDS) is coming to Asia, with a screening in Singapore on Tuesday, 10 December at the Cathay Cineplex.

The NDS is historically one of the most well attended events at the Cannes Lions International Festival of Creativity, and has a reputation for unearthing the most exciting new directing talent from around the globe, which is presented in a showreel introduced each year by a themed live theatrical production. This year the NDS embarked on an unprecedented world tour and, following the unveil at Cannes Lions, there were sell out screenings of the reel in London (at Tate Modern) and Moscow (at the 35mm cinema), with the Singapore screening topping off the 2013 programme.

The inaugural Singapore NDS is being hosted by Saatchi & Saatchi Singapore, and will be an opportunity for Singapore’s creative community to watch a showreel of outstanding directors selected by the Saatchi & Saatchi Worldwide Creative Board, with the added bonus of a panel discussion featuring leaders from the local film and creative industry. The theme of the 2013 NDS is ‘Just for Hits’, and the screening will commence with a film of the live show featuring world-renowned evolutionary biologist Professor Richard Dawkins on stage in Cannes, followed by a reel featuring 19 carefully chosen directors, who hail from as far afield as Australia, Brazil, Canada, Denmark, Hong Kong, Italy, Japan, Russia, UK and USA.

“The New Directors’ Showcase has surprised, delighted and provocated the creative community for over two decades, and we’re looking forward to bringing this iconic Saatchi & Saatchi experience to Singapore,” says Chris Foster, Chairman and CEO of Saatchi & Saatchi Asia-Pacific.

“With the New Directors’ Showcase we hope to stimulate conversation about what it means to be creative, and the importance of recognising and supporting new talent,” says Paul Roebuck, CEO of Saatchi & Saatchi Singapore and Malaysia. Previous editions of the NDS have featured directors who went on to have stellar careers including; Tarsem, Michel Gondry, Mark Romanek, Spike Jonze, Ivan Zacharias, Kinka Usher, Danny Kleinman and Jonathan Glazer.

There are two Asian directors featured in this year’s NDS: Japanese director Daito Manabe, with his ethereal music video for Nosaj Thing’s ‘Eclipse/Blue’, and Hong Kong filmmaker Wong Ping, whose surreal animated short ‘No One Remains Virgin’ has made waves at film festivals. Their differing styles are a reflection of the wide range of directorial styles found on this year’s reel.

The screening of the New Directors’ Showcase is proudly presented with the support of the Cannes Lions International Festival of Creativity.

5 double passes to this exclusive invite-only event will be made available to the public.
For terms and conditions and to enter the draw, please visit www.saatchiasiapacific.com/NDS-Singapore.

Creative team Jonathan Santana and Xander Smith came up with this year’s NDS theme ‘Just for Hits’, who worked closely on the conception of the live show in Cannes with Marshmallow Laser Feast and PrettyBird. The live show in Cannes was produced by Juliette Larthe of PrettyBird, directed by Marshmallow Laser Feast, and starred Professor Richard Dawkins, whose theory of memes took on a new meaning in the age of the Internet. A film of the live show will be shown at the NDS Singapore screening, and will introduce the reel which features several directors whose work came to prominence through the internet, and shows its influence on contemporary filmmaking.

The 19 directors selected for the New Directors' Showcase reel 2013 are listed below, with the title of the submitted work;