Saatchi NDS: Andy Gulliman Reflects on 2015's Reel and Looks to the Future

Awards and Events 487 Add to collection 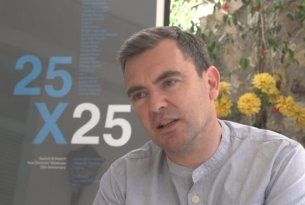 The 25th Saatchi & Saatchi New Directors' Showcase was revealed at Cannes Lions this morning to much applause. This year, Saatchi & Saatchi enlisted 25 NDS alumni (one from each year) to partake in an 'experiment in film', in which they teamed up to direct one minute each of a 25 minute film.