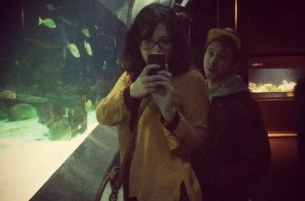 The promo for PUP’s ‘Guilt Trip’ is a real rites of passage story, documenting and hyper-dramatising (if it wasn’t exaggerated then we think PUP may be in jail) the Canadian punk band’s formation.

Directing duo Chandler Levack and Jeremy Schaulin-Rioux’s interpretation of the band’s coming of age is a truly calamitous, at times harrowing and all-the-time totally exhilarating affair that sees four boys deep in the woods experimenting with and doing things that, well, they shouldn’t be. LBB’s Addison Capper caught up with to talk inspiration, badass kids and badly-behaved doors.

LBB> The film is a real rites of passage narrative, documenting and dramatising PUP’s formation. How much of it is true? What kind of conversations did you have with the band that led to Guilt Trip’s video and the narrative we see?

CL> It's 100% a true story, we were going to put that as a title card at the end but their parole officers said F U.

JS-R> Haha. The truth is that PUP are a super inspiring band for us. When we first saw them play live, their set was so out of control and connected with their audience, with them blowing amps and stage diving off anything they could climb, that we made their first video ('Reservoir') this legend about how they could play through shattered guitars and band members impaled on cymbals. During the making of that video, they told us the story of how the four of them made a pact to all quit their individual jobs, move in with their parents and concentrate on their punk rock dreams. So we tried to take the feeling of that story and run with it, adding in a bunch of details told to us from members of PUP’s childhoods and early band memories and bleeding them into our obsession with classic coming of age movies like Stand By Me and Over The Edge. We really like this idea of a bit of mythmaking being at the heart of our PUP videos, this time with the legend of their origin story.

LBB> The promo is quite harrowing and sinister but still gives me a proper buzz to watch. How did you strike that balance?

JS-R> Thanks! I think the contrast between Chandler and I helped bring some balance to the video. If it was left up to me the kids would probably have been losing limbs / roasting stray dogs for supper and it would have been awful, but she tempered my darkest impulses with better ideas that brought out the fun and innocence of the kids on the shoot. That's something like a mirror image of our usual working dynamic: she sets up a moment that seems really beautiful and then I try to smash it or end up setting it on fire.

LBB> The setting is pretty gorgeous - where did you shoot?

CL> We shot in the towns of Squamish and Brackendale, on the west coast of British Columbia. I’m from Toronto (Jeremy’s from Vancouver) and had never seen any of the coastal mountains or rainforests before. So me and our amazing producer Dan Code went on a ton of guerilla scouting missions through the woods and creeks out there and I really fell in love with the area. Knocking on weird back doors and exploring burnt out ditches, we managed to beg, borrow and steal some pretty great locations for the kids’ story. The modern day band stuff was shot in Toronto (on the one day the guys had in town between tours), and we liked how much that ended up contrasting with the world of the kids in the west coast forest.

CL> It was obviously a short shoot but there were lots of production stories. There was the death trap blue van (that the young band steals, actually the real touring van lent to us by Vancouver punk band Needles and Pins, whose logo the young bassist sprays on the jam shack wall as a thank you to them for lending it). We were using it for our tech survey and the doors on it would fly open randomly: the driver’s side door definitely flew open while Jeremy was driving it around a sharp corner on the Sea to Sky highway and nearly sucked him into traffic. Needles and Pins told us: “it happens”.

There was the first on set arrival of Finn Wolfhard (who played the young bully / lead singer). It was our first time seeing him with his shaved head and hairlip makeup and he came out fully in character, touting his prop lazorblade. We had X’d out the logo on the razorblade and he came up on our DP (mighty Fraser Brown) whispering “each one of these X’s is for a cop I killed, the next one’s gonna be for the one who got my poppa!” and then ran off. Fraser went “where did you find this kid?!” Finn is like 11 years old but he can tell you about The Clash and makes Wayne’s World jokes and is incredibly knowledgeable about pop culture and film and music. He's the coolest kid ever.

The crooked cop in the video was played by Canadian punk rock legend (from the band The Smugglers) and radio host Grant Lawrence. He lives in the same building we were auditioning kids, saw a sign for the auditions and posted a joke to the band on twitter: @puptheband do you have a role for a semi-drunk, semi-hungover, smelly, new dad in his really early 40s. The band told him that yeah, we did. He showed up to our muddy set and killed it. 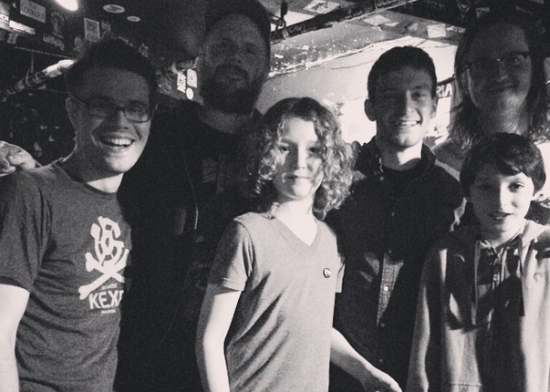 JS-R> Working with child actors is always tricky, with short hours and this time in a frozen forest during Canadian winter. We were also worried about casting kids that could credibly play their instruments and who at least looked a bit like the real band members. But we lucked out (with some amazing casting help from our producer Dan Code) with a wicked group of kids. 11 year old Malcolm (who played the young drummer) was an already rad drummer who auditioned (in a Nirvana T-shirt) by volunteering to bash out the drum part to ‘Welcome To The Jungle’.

We really wanted them to have this ‘band as a wolfpack’ quality together so a few days before the shoot we squished them all together for a quick rehearsal / impromptu jam session (and then a bowling trip!). They grabbed their instruments (a couple of them for the first time), and we turned the song up loud and sort of let them find their own oats as performers and as a band. We'd taken Finn (who played the young lead singer) aside to tell him about how even though PUP's real lead singer is also the smallest guy in the band, they all follow his wildman lead on stage, so Finn would have to take control of this kid version of PUP in the same way. Finn took the challenge and went farther with it than we could have hoped, snarling out the lyrics, egging on his bandmates & even teaching the guys who hadn't touched guitars before how to look like they were shredding.  Then, during the shoot, that comfort level they found during that quick rehearsal blossomed in the middle of this crazy forest rainstorm into a real bond between these kids that we worked hard to capture. With some room (in the wide open spaces and also with a really flexible handheld camera) to play off each other in the moment, their fearlessness and enthusiasm came through and were super infectious. This helped the crew come together as well, taking the pretty crazy schedule and lack of money and turning the challenge into a really great DIY filmmaking experience.

Oh, and the best part is that not only did a couple of the kids tour down to Seattle to see PUP live (see below photo) two of them ended up starting their own actual punk band! The legend will never die!

CL> We're getting ready to put out another PUP video – an animated tour doc digging into their lives on this never ending road trip – that we're really excited about. We've also hatched a whole bunch of new concepts that we're dying to make in the coming months. I’m finishing up a feature screenplay I’m hoping to get off the ground soon too. Mostly just want to get the ideas out and make as much good stuff as we can!