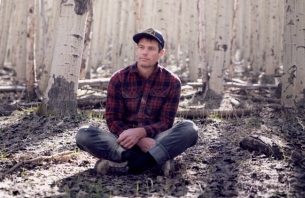 When you watch Denali, the short film about an owner’s last weeks with his dying dog and all round best pal, there’s a good chance a few tears will come out. (Disclaimer: it had the LBB office in tears.) But when you hear director Ben Knight’s account of its production, you may cry again, for the story of how the film came about is as fitting a legacy for Denali the dog as the film itself. Knight’s work on Denali landed him a place on the Saatchi & Saatchi New Directors’ Showcase this year, so LBB’s Addison Capper chatted with him to find out how he pulled it off. Buckle up for this one, people.

LBB> Ben Moon is a filmmaker himself - how is that you came to make this film for him?

BK> I think the Denali project was just too personal for Ben to take on himself. The initiative, courage and foresight it took for Ben to produce the film is astounding to me. I mean, he had to accept the fact that people were going to see those low points. When Ben came to me, he said he had faith that I was the right person to pull it off and he trusted me to approach the film with the sensitivity it needed and I didn't want to let him down. I definitely lost a lot of sleep over it — it's a difficult tone to get right I think.

LBB> The film is obviously about Denali, but on top of that there are themes of friendship, loss, love. How did you go about bringing such emotions and themes into the film?

BK> Honestly, I'm not really sure. When I was writing it I cried so hard at one point I fried the 'L' key on my keyboard, and at other times I was laughing and crying at the same time like a sniffling idiot. I'd go to the office at night so no one would see me. As far as those themes go… I think it was already there in the visuals, so all I had to do was gently support them with as few words as possible.

LBB> It’s quite amusing too! Why was that the right approach?

BK> For some reason I've always believed in the power of contrasts when it comes to editing. If you're going to put a weight on someone's heart for a few seconds, I like to relieve that pressure if possible just to keep it a little surprising — does that make any sense at all? It creates this little emotional progression of lows and highs that seems to keep people engaged in what they're watching. That just made it sound like I had a plan, but I had no plan. More than anything I just like to avoid taking anything too seriously, especially myself. It's a pretty serious subject. Death. Cancer. I had to find a way to lighten it up without offending anyone.

LBB> The bond between Ben and Denali is so strong and moving. How did it feel coming into what was obviously such a tight relationship?

BK> I think it's important to recognize the strength in things — Ben and Denali's bond was so clear in the subtleties captured in the photos and in the footage by DP Skip Armstrong and Page Stephenson. More than anything I just felt a lot of pressure to do justice to that relationship, you know? I mean, the shot of Ben carrying Denali over his shoulders down the stairs needed zero help from me. A lot of that footage speaks for itself and it's my job to recognize that and leave it simple.

LBB> Some of the voiceover is so resounding - “People can learn a lot from dogs. When someone you love walks through the door (even if it happens 5 times a day) you should go totally insane with joy”, for example is a thing that I’ve joked about with friends before. But it’s true! Who voiced Denali and who came up with the words?

BK> We found that amazing line in a story called "What Our Dogs Teach us About Aging" by writer David Dudley. I just thought it was a pretty fitting high point to end the film on. I recorded my voice when I was done writing the script as a placeholder and I was shocked when Ben wanted to keep it as is — I completely expected him to hire a professional narrator. I was crying at points while I was recording it, so it took me a few takes just to get the damn words out. Again, I'm glad no one was in the office with me.

LBB> And why was it right for it to be voiced by Denali?

BK> Oh man. Good question. I tried to write it from Ben's perspective at first. I wasted a week on that before I realized it was a terrible idea. I think writing it from Denali's perspective was a relatively easy way to keep the film on the lighter side, and to keep it humble. When I sent the first draft of the film to Ben he had no idea where I was going with it, and I think it scared the crap out of him at first until he realized what I was doing.

LBB> How did working on Denali affect you personally?

BK> This project has been profoundly important to me — in ways I never imagined it could be. My partner Travis Rummel and I have always made environmental-themed documentaries and taking this on was a way of stepping out of the comfort zone and taking on something a little deeper. It was wildly meaningful to me to collaborate with brilliant, creative people who put their trust in me. The outpouring of e-mail and compliments has been overwhelming since we released the short on Vimeo. We had a feeling the film might strike a chord with people… maybe a few hundred thousand… but nearly 10 million so far? Unreal. It's all a little shocking. On a personal level, I think Denali reminded me that doing un-paid passion projects is crucial to my well-being.

BK> The first two months sucked really bad. I just kept asking Ben to be patient with me while I tried to figure out a plan of some sort. I really doubted everything, especially myself. It was also hard to hide from Travis how much un-paid time I was investing just in thinking about it. I obsess over shit. I do. I don't know any other way.

I overcame it when I decided to try writing from Denali's perspective. I guess that was the breakthrough moment. It's easy to over-think the piss out of something that should just be kept simple.

BK> I'm mostly unemployed at the moment. Travis and I spent the last three years on a feature documentary called DamNation, so it's been nice to dabble in the commercial world a little until the next terrible paying, emotionally and physically exhausting film project comes along. It's a weird business. I still have so much to learn. I keep telling myself it'll get easier and I'll find a way to make some decent money, but it hasn't happened yet — if there's a formula for success in this business I don't know it. If I can pay for cat food and bicycles and make films that matter… I'll be pretty happy.