Saatchi London Tees Off the Craziest Golf Game Ever for HSBC 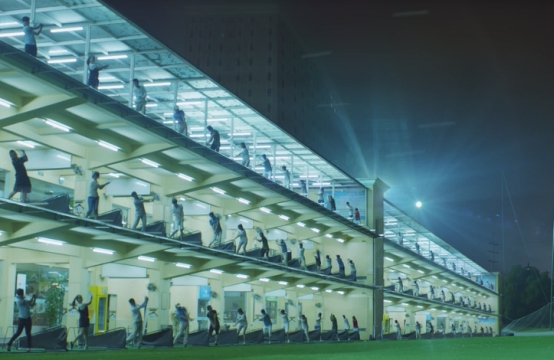 HSBC and Saatchi & Saatchi have launched a new global campaign to support the bank’s international golf sponsorship portfolio which supports all levels of the game from grassroots to elite.

Golf is quickly changing; with fresh audiences and new players from all over the world. HSBC's ambition is to open up the world of golf and the 'Anyone's Game' campaign is designed to bring that to life.

The campaign breaks on TV from 30th October across Pan-Asian countries, prior to the WGC-HSBC Champions in Shanghai. A 60 second film made for YouTube, plus digital, print and outdoor will launch globally ahead of the Abu Dhabi HSBC Golf Championship in January. The campaign will support the HSBC golf portfolio, promoted in social channels via @HSBC_Golf and brought to life at their interactive villages at flagship events.

The campaign was produced in Chile and Shanghai with Director Scott Lyon and Photographer Dean Rogers.

Andrea Newman, Global Head of Advertising and Marketing at HSBC says: "HSBC's golf portfolio covers a wide range of activity from Patron of the Open - the sport's oldest tournament and trophy - through to our own flagship golf tournaments in Asia, the UAE and Brazil. We are also investing in grass roots programmes in the UK and China to help unearth future global superstars of the game. Anyone's Game is a campaign that recognises the changing shape and influence of the game of Golf around the world."

Kate Stanners, Chief Creative Officer, Saatchi & Saatchi London Group, says: "We've taken golf out of the club house into the real world, making it feel as popular, accessible and fun as more mainstream sports like football – and showing that golf really can be Anyone's Game."