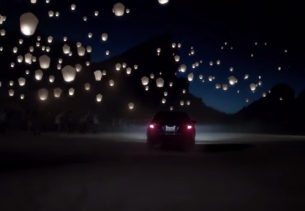 Saatchi LA has launched its latest campaign for Toyota featuring the Toyota Camry, America's top-selling car, and the Corolla. It debuts this week across multiple media platforms and will continue until late fall

The campaign includes Toyota’s sponsorship of Snapchat's Los Angeles Live Local Story. This marks a first-to-market opportunity for Toyota, as no other automotive advertiser has run content within Snapchat's Live Stories at the local level. The placement, which will begin in August, will align with the geo-centric nature of Toyota’s campaign that will be executed across additional media and social outlets.

Toyota used Google Places will also power advertising customized to 15,000 cities across the United States. Google created a special API, (application program interface, a set of routines, protocols, and tools), that allows Camry and Corolla banners to pull in city-specific information across a range of destination types, challenging customers to get out and explore their local area.